Alien life is more likely to exist in our galaxy than we thought • Earth.com 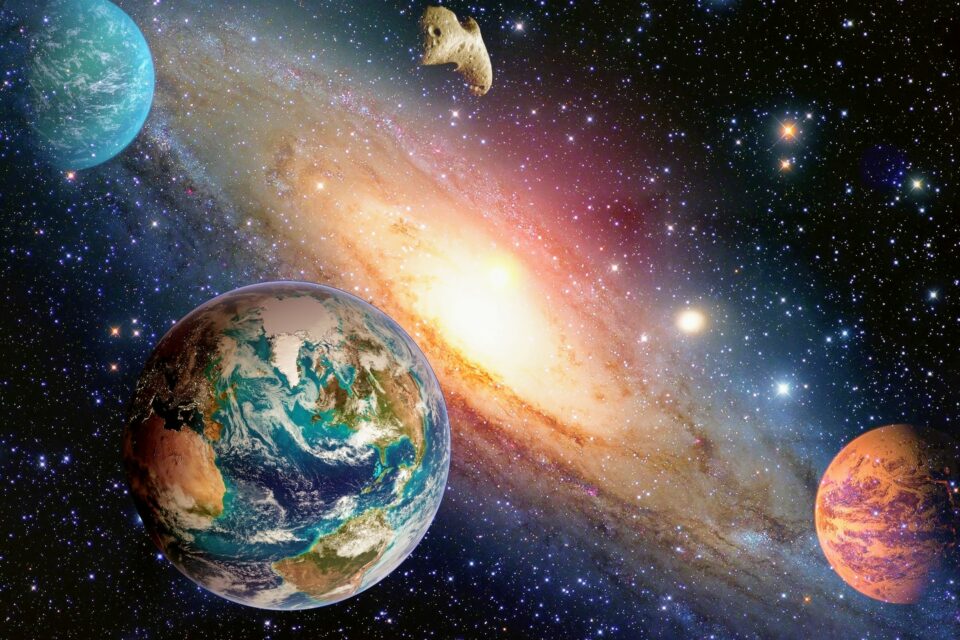 In a new study led by the University of Leeds, researchers have discovered key organic molecules in four out of five protoplanetary disks from our galaxy. They detected them by using the ALMA telescope, an extremely powerful telescope located in the Atacama Desert in Chile, that can pick up even the faintest signals from far away regions in outer space. These findings show that the chances of alien life in our galaxy are much more likely than we initially thought.

“The same ingredients needed for seeding life on our planet are also found around other stars,” said study co-author Dr. Catherine Walsh. These molecules – cyanoacetylene (HC3N), acetonitrile (CH3CN), and cyclopropenylidene (c-C3H2) – are stepping-stones between the simple carbon-based chemicals that are abundant in the universe and more complex substances that are known to be key ingredients for the development of life on Earth.

“Laboratory and theoretical studies suggest they are the ‘raw ingredients’ essential in biological chemistry on Earth. They create sugars, amino acids and even the components of ribonucleic acid (RNA) – under the right circumstances,” explained study lead author Dr. John Ilee from the Faculty of Engineering and Physical Sciences at the University of Leeds.

Through observations with the powerful ALMA telescope, these molecules (together with 15 other substances thought to be connected to the origins of life) were discovered in protoplanetary disks of gas and dust that are surrounding the Milky Way’s youngest stars. According to the researchers, the ingredients of life could be present in 80 percent of the protoplanetary disks spinning throughout our galaxy.

“ALMA has allowed us to look for these molecules in the innermost regions of these disks, on size scales similar to our Solar System, for the first time,” Dr. Ilee reported. “Our analysis shows the molecules are primarily located in these inner regions with abundances between 10 and 100 times higher than models had predicted.”

Scientists believe that, in the past, the Earth was ‘seeded’ by meteorites, asteroids, and comets containing these types of molecules, ultimately giving birth to life as we know it. This new study, published in the Astrophysical Journal Supplement Series, is the first to show that many other areas of our galaxy could be brimming with similar potential.