Amazon river flooding predicted to get worse in the coming years • Earth.com 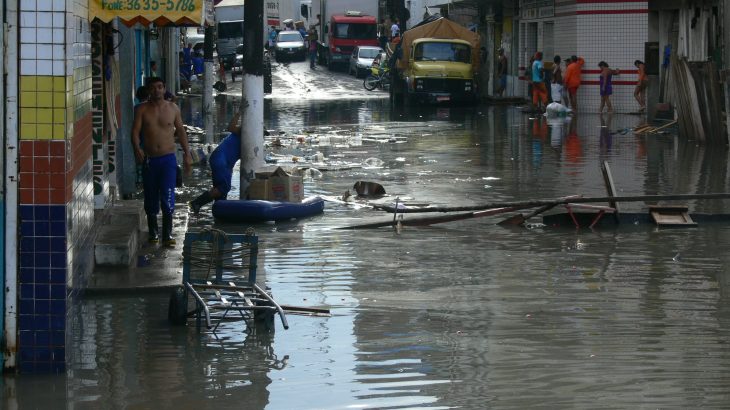 Amazon river flooding predicted to get worse in the coming years

Climates around the world are projected to get hotter and wetter due to increases in atmospheric greenhouse gas levels. As as a result, floods and droughts will only get more severe in the coming years.

For places like the Amazon Basin, records show a steady increase in both river flood frequency and severity over the past three decades, according to a new study.

Researchers from the University of Leeds and the National Institute for Amazon Research conducted the study of Amazon river floods and the results could help make flood prediction more accurate for the area.

The researchers reviewed 113 years of water level records from the Port of Manaus in Brazil and discovered an increase in extreme floods and droughts over the last few decades.

Previously extreme flooding, water level exceeding 29 meters, used to happen once every 20 years in the Manaus region, but the researchers discovered that this now happens around every four years.

“Increases of severe droughts in the Amazon have received a lot of attention by researchers,” said Jonathan Barichivich, the lead author of the study. “However, what really stands out from this long-term river record is the increase in the frequency and severity of the floods. With a few minor exceptions, there have been extreme floods in the Amazon basin every year from 2009 to 2015.”

As far as what’s driving the increase in flooding and climate extremes in the Amazon, the researchers point to air circulation systems which are impacted by changes in ocean pressure and temperature.

“The effect is more or less the opposite of what happens during an El Niño event,” said Manual Gloor, a co-author of the study. “Instead of causing drought, it results in more convection and heavy rainfall in the central and northern parts of the Amazon basin.”

The increase in flooding has been disastrous for people who live in Brazil, Peru, and other Amazonian nations according to Jochen Schöngart, another co-author of the study. The flooding can last for weeks, contaminate drinking water, and destroy homes and farmland.

As extreme flooding in the Amazon is predicted to increase, the researchers hope their study will help improve flood predictions which could, in turn, reduce the risk of flood damage in the future.