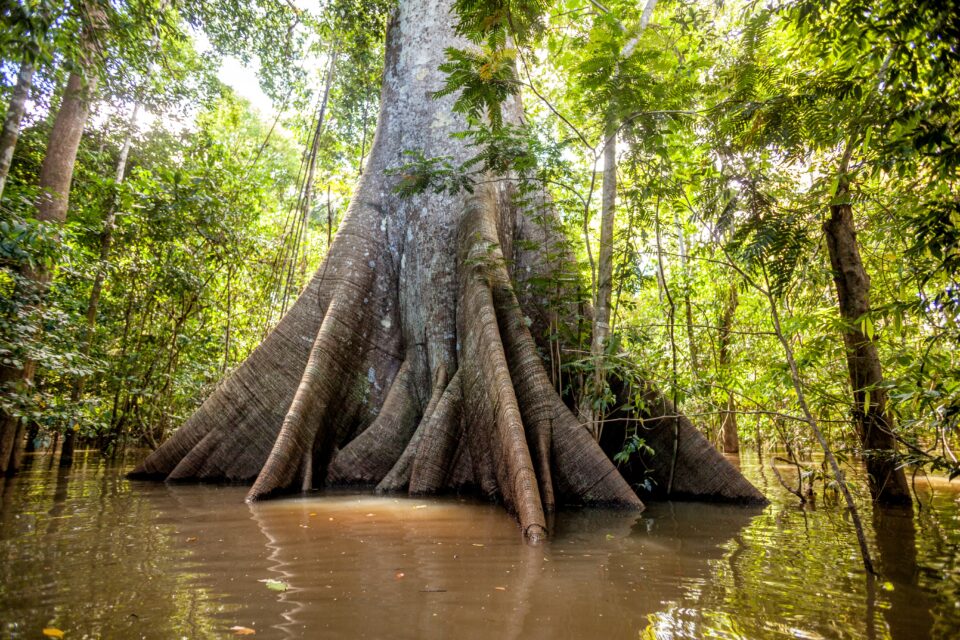 New research led by the University of Birmingham has found that most of the methane gas emitted from Amazon wetlands regions is vented into the atmosphere through tree root systems, with significant emissions taking place even when the ground is not flooded.

After carbon dioxide, methane is the second most important greenhouse gas, contributing significantly to global warming. According to an increasing number of studies, it appears that much of our atmospheric methane emerges from wetlands. However, most of these studies assume that methane is only produced when the ground is completely flooded or underwater.

Surprisingly though, recent findings suggest that far more methane is emitted by trees growing on floodplains in the Amazon basin than by soil or surface water, in both wet and dry conditions. While in wetland areas without trees, methane would usually be consumed by the soil on its way towards the surface, in forested wetland areas, tree roots could be acting as a methane transport system, venting it into the atmosphere via the tree trunks.

In such conditions, methane appears to be able to escape into the air even when it is produced in soil and water that is several meters below ground level. Thus, existing models could massively underestimate the extent of methane emissions in wetland areas such as the Amazon basin.

In order to test this hypothesis, the scientists measured methane emissions across three plots on the floodplains of three major Amazonian rivers. The same trees were monitored a few times in a year to asses their response to changing water levels associated with annual floods.

The researchers estimate that almost half of the global tropical wetland methane emissions are funneled out by trees, even during periods when the floodplain water lies below the surface of the ground.

“Our results show that current global emissions estimates are missing a crucial piece of the picture,” said study lead author Vincent Gauci, a professor in the School of Geography, Earth, and Environmental Sciences at the University of Birmingham. “We now need to develop models and methods that take into account the significant role played by trees in wetland methane emission.”

The study is published in the journal Philosophical Transactions of the Royal Society of London A.