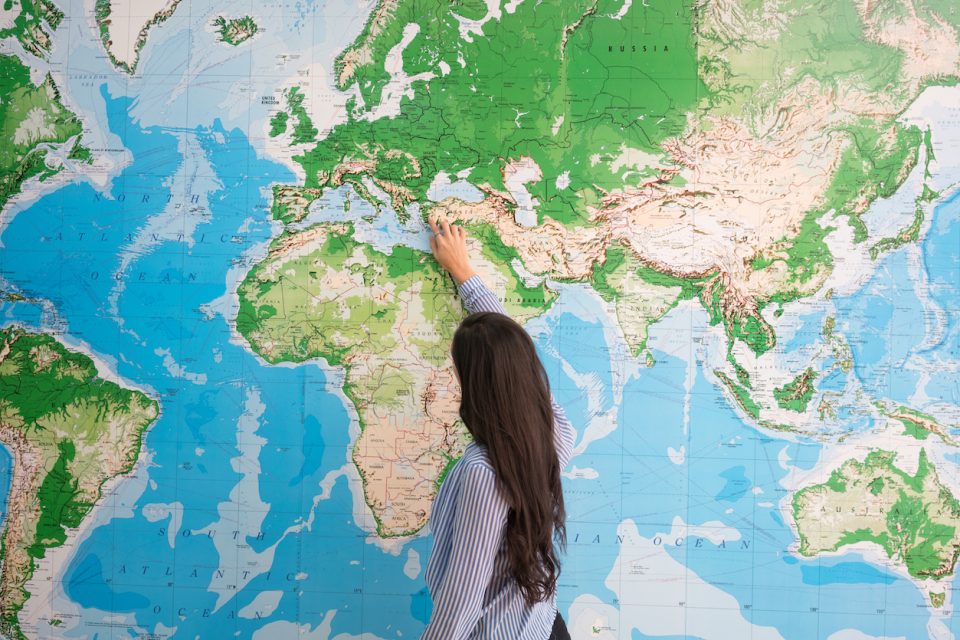 Recently, I read an opinion piece by a Malagasy man now living in the United States.  The man was frustrated by the widespread ignorance of Americans about his homeland – Madagascar.  His complaints are familiar to me. Other people from many other countries have said much the same to me before.  ‘How do Americans know nothing of my country?’ ‘We learn so much about the US in school.’

It’s almost a trope – the American who is severely geographically illiterate.  You see it with talk show hosts on camera with average American people who think Mt. Rushmore is in Russia.  You see it in US politicians fumbling over foreign policy questions. If you know people from Europe, Australia or other places in the world, you’ve probably heard about it yourself.  It is claimed that Americans know very little about the world. I, myself, have taken this idea in uncritically, but is it really true? How much do and don’t Americans know about the world they live in?  More importantly, why should we know about the world beyond our borders?

A US News report from 2015 paints a pretty grim picture.  The headlines read, ‘US Students are Terrible at Geography’.  Citing the 2014 National Assessment of Education, the report finds that almost 75% of American students fall short of proficiency in geography, almost the exact same results as those from 1994.  Actually, from 1994 to 2014 there were few changes, advanced proficiency in geography dropped from 4% to 3%, proficiency stayed exactly the same at 24% and basic (partial mastery) jumped 5% to 48%.

The overall picture is the same for geography knowledge among 8th graders in the US – they are in fact terrible at geography as a whole.  A 2016 article from National Geographic echoes the same sentiments, this time showing young college educated Americans as geographically ignorant.  The piece says that of Americans who took a survey, two-thirds couldn’t identify Indonesia as a majority Muslim nation.  Of Americans 18 to 26 years old with some college education who tool a geographic literacy test, the average was just a score of 55%.

Many of the survey questions have relevance for US policy; questions like where US troops are stationed in the world and what countries the US is bound to protect.  The survey by the Council on Foreign Relations showed that only 29% of participants scored 66% or better on the test.  An early National Geographic article from 2002 proclaimed that only 17% of young Americans could find Afghanistan on a map.  Of course, that was important because even though most Americans were extremely ignorant of Afghanistan, our military was at war there.

An article in Huffington Post from 2017 by an AP geography teacher points out that geographic illiteracy is perpetuated in the US by the education system.  History seems to be a much bigger focus in American education than current events. We learn more about World War II than any current US military engagement.  In fact, the closer we get to current events, the less the focus. We learn more about the founding of our nation than the last few decades. The former teacher wrote in Huffington Post that his class was the only one focused on current events in the entire school and this seems to be the norm.

The real question is, are Americans unique in their geographic ignorance or are these surveys showing only a part of the picture?  A 2014 article from the Telegraph points to 2009 study that compared survey results on international affairs in current news from the US and Europeans.  In the survey, only 58% of Americans could describe the Taliban compared to 75% of Britons. Overall, Americans scored more poorly than citizens of Denmark, Finland and England.  The Telegraph article ends by citing a 2003 US Strategic Task Force of Education Abroad report that concluded US geographic ignorance is so deep and widespread that it may constitute a national security threat.

It’s easy to see a danger in the broad ignorance of the rest of the world engendered by many Americans.  After the US had been in the Iraq war for two years, 70% of Americans surveyed still thought Saddam Hussein was directly involved in the September 11 attacks, according to a Washington Post survey.  This disconcerting fact leads to many questions about our country’s collective ignorance on current world events.

An opinion piece in the American Association of Geographers newsletter highlights the vulgar disdain which entire regions of the planet are written off by President Trump, marked as ‘shit hole countries’.  With little broad geographic familiarity, Americans are easily manipulated by such violently emotional remarks. We’ve become accustomed to a more politically divided America, we may also be moving towards a more divided world.  The cost of our ignorance is high, as now the US is heavily involved in world affairs just like always.

We enter a period where the US president routinely villainizes much of Latin America and refuses to take military intervention off the table in Venezuela.  President Trump constantly contradicts official opinions on North Korea, Russia, China and other nations. It seems that now more than ever, the only thing that can save us from becoming one of the masses terrorized by its own federal government is knowledge.  Knowing about the world is important, it’s where we all live.