The development of tunnels along the US-Mexico border • Earth.com 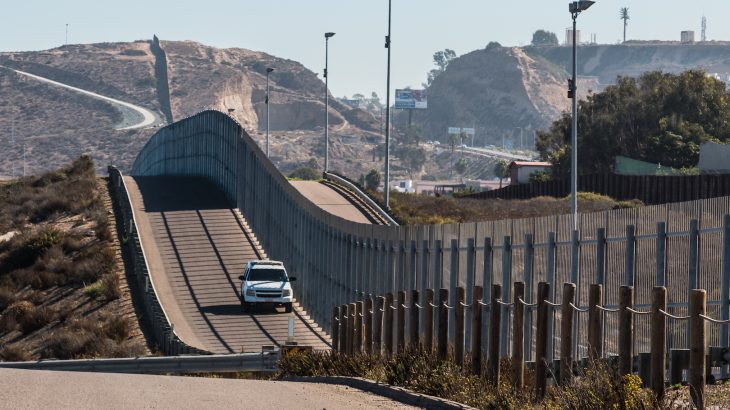 The development of tunnels along the US-Mexico border

From Tucson, Arizona, the border crossing into Nogales, Mexico is only a little over an hour drive.  As anyone paying attention to the news recently, that imaginary line often reinforced with fences and armed personnel has recently become a point of growing contention.  Especially near California in Tijuana, a recent wave of migrants from Central America has reawakened the controversy over border security and the treatment of migrants.

The border was bound to become controversial when the U.S. elected a president leading chants like, ‘build that wall’.  Long before the recent use of tear gas on a wave of immigrants seeking entrance in the U.S., the conversation about immigration got ugly.  Often lost in the dialogue is the common tragedy of those crossing the border.

Americans often complain about a loss of jobs or incomes, yet we’re doing far better north of the border and it’s easy to see for anyone who’s spent time in both nations.  According to Index Mundi, the gross domestic product in the US for 2017 was $19.36 trillion, compared to $2.406 trillion in Mexico.  Per person the gross domestic product breaks down to $19,500 in Mexico and $59,500 in the US. Central America is even poorer and riddled with problems beyond just the monetary.

According to an article in The Atlantic, Latin America as a whole region experiences more variability in inflation and monetary policy than anywhere else in the world.  The region experiences reversals on what seems like progress regularly. The Norwegian Refugee Council reports that Honduras was dubbed the ‘murder capital of the world’ with homicide rates as high as 86.5 per 100,000 people in 2011.  The violence and economic insecurity fosters organized crime which often recruits young boys and extorts others into cooperation, creating more of the same problems.

A 2009 coup in Honduras, a country with which the US has a long history of involvement, only exasperated problems in the region.  The group of migrants now at the US border are mainly from Honduras but also includes people from Guatemala and El Salvador, BBC reports.  The desperation of many immigrants coming from Mexico or further south is apparent not only from what they’re fleeing from.  What migrants are willing to face for a shot at the lives many of us take for granted speaks volumes.

Recently a group of asylum seekers protested the slow processing of their applications to be let into the US.  In response, border patrol agents fired tear gas at the unarmed group, which included children, NPR reports.  The group is part of 5,000 asylum seekers coming from Central America now stopped at the San Ysidro border crossing at Tijuana, Baja California.  The border is still open but the process of seeking asylum is a long one, requiring a months long wait to be heard often. The problem of crossing the border into the US isn’t a new one though, and the hardships aren’t limited to tear gas.

The desert in many parts of the border regions is imposing, stretches of desolate land with little water, little shade and daytime temperatures reaching into the hundreds through the summer.  The land is a rough one too with all the easiest places to hide being occupied by mountains and canyons. The Guardian reports that last year, 412 migrant deaths were reported along the border up from 398 the year before.  With dangerous crossings already the norm for those fleeing violence and instability, it’s no wonder that new innovative ways of crossing the border are now flourishing.

High Country News reported earlier this month on the spread of subterranean border crossings.  Since the early 1990’s, 65 tunnels have been found in the Otay Mesa area, near San Diego California.  San Diego is just across the border from Tijuana where the recent confrontations have occurred between protestors and border patrol agents.

Pre-existing storm drain tunnels are also used to cross the border.  Mainly these tunnels are used to traffic drugs into the US but also sometimes people.  In September, Mexican officials uncovered another tunnel that crossed the border but still lacked an exit into the US.  High Country News reports that as security along the border tightened in the 1990s, more tunnels started to appear on the border at an average of two new tunnels discovered every year.  Almost 200 tunnels have been found across the US-Mexico border, mainly in California and Arizona. The soil near southern California is especially good for digging tunnels, making it a popular place.  Some of the tunnels are tiny and some are enormous, costing up to a million dollars to build.

The Guardian reported in October on the discovery of a solar powered drug smuggling tunnel on the border with California.  The tunnel had rail tracks as well as a solar powered ventilation system. The whole tunnel, although incomplete measured 627 feet long.  The tunnel was even equipped with drain pumps and lights.

The whole process of tunnel building seems to be a tit for tat, often tunnels are shut down by border patrol agents on the US side and left open on the Mexican side.  At least once, this allowed smugglers to simply dig around the closure and continue business as usual. The strategy of digging smuggling tunnels was pioneered by the infamous crime boss Joaquín “El Chapo” Guzmán, who even escaped a maximum security prison by escaping down a mile long tunnel on a motorcycle on rails.

It seems that tightening security creates a situation where those with the worse intentions of smuggling illegal goods into the US still find a way while asylum seekers are met at the border with violence.  It seems if people are willing to protest long lines at the border, they’ve come for the right reason, while smugglers simply dig under the fence on the border and continue.