New NASA projects could allow for mining the Moon and asteroids for resources • Earth.com 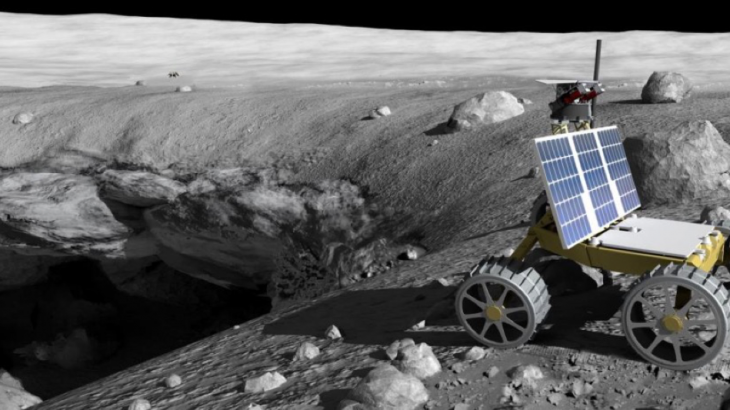 Mining the Moon for important resources may soon be a reality, as NASA has invested in several promising new projects involving lunar exploration.

It was announced that the agency has plans to return to the Moon by 2024 and even build a lunar base by 2028.

NASA is now entering the next phase of its Innovative Advanced Concepts (NIAC) program which will focus on robotics and mining to help make the Moon a more feasible jumping off point for future space exploration.

Two proposals were greenlit by the agency to make this a reality.

“We are pursuing new technologies across our development portfolio that could help make deep space exploration more Earth-independent by utilizing resources on the Moon and beyond,” said Jim Reuter, the associate administrator of NASA’s Space Technology Mission Directorate in a statement. “These NIAC Phase III selections are a component of that forward-looking research, and we hope new insights will help us achieve more firsts in space.”

Each proposal is guaranteed funding up to $2 million, and in the next two years, researchers working on the projects will test and refine their methodologies for the next phases.

NASA scientists could then use these models to determine which craters should be explored further.

A new way to quickly and efficiently surveil the Moon’s surface will be hugely beneficial for any future lunar missions, human-crewed or otherwise.

The second proposal will look at the feasibility of optical mining on the Moon and nearby asteroids. With optical mining, the idea is that a targeted beam of light from the sun will release valuable minerals and debris from the Moon’s surface that can be easily extracted and put into an inflatable bag.

“This is the first year NASA offered a NIAC Phase III opportunity, and there were many strong proposals,” said Jason Derleth, NIAC program executive. “We selected two proposals because we think both of the technologies could positively impact the industry. We are excited that these technology concepts could help humanity explore space in new ways.