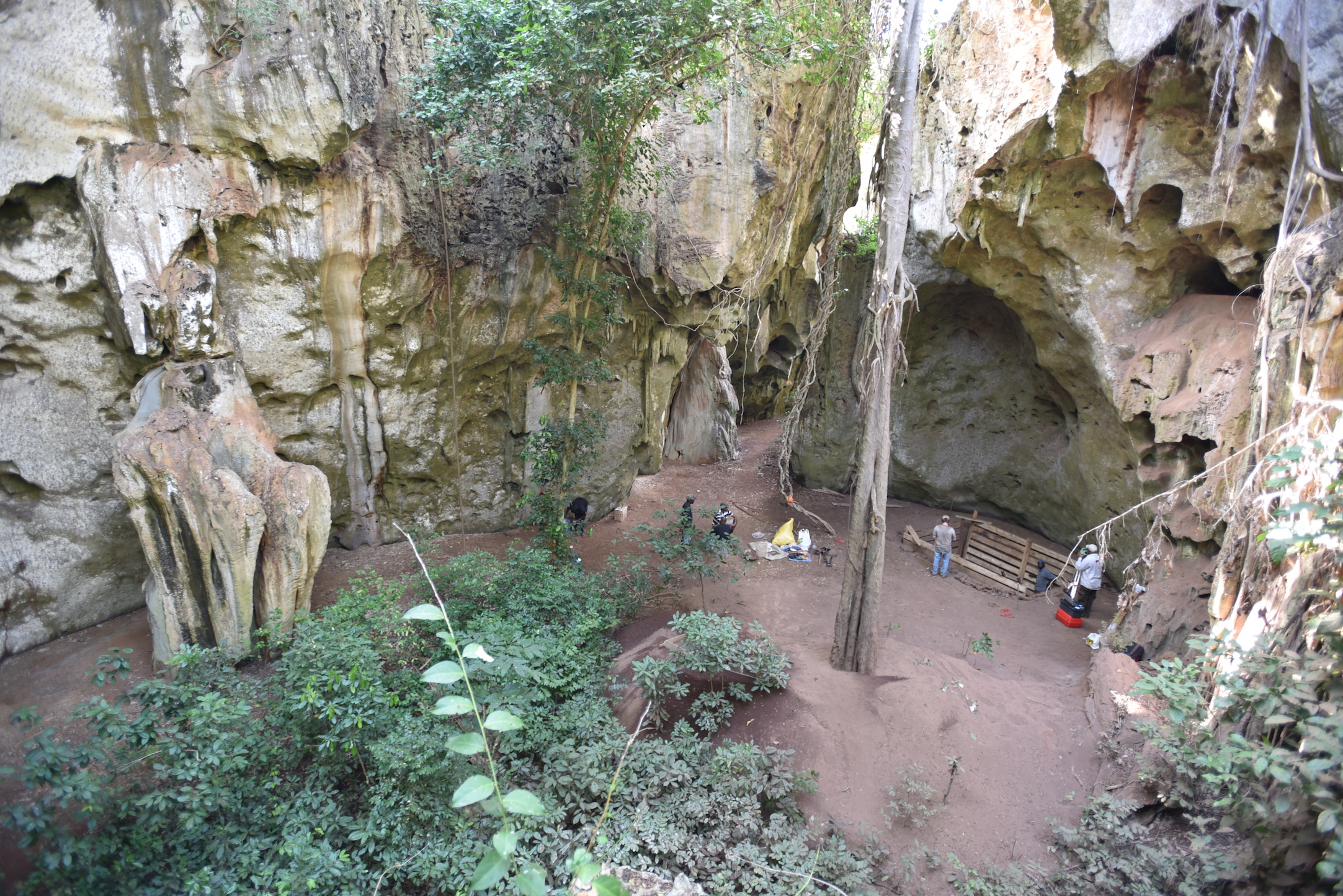 An international team of researchers has discovered a major cave site along the East African coast. Panga ya Saidi represents the first substantial cave record from the Middle Stone Age to the Iron Age in this region.

Prior to this excavation, the majority of archaeological research has been conducted in the Rift Valley and in South Africa, and limited information has been available from the coast of East Africa.

The analysis of plant, animal, and shell remains suggests that forests and grasslands persevered in this region and the cave maintained a relatively stable environment for settlement, even when other areas of Africa were unsuitable.

The ecological setting of the cave adds to a growing collection of evidence that Homo sapiens could adapt to different environments as they moved across Africa and Eurasia. These populations developed a range of survival strategies to live in the diverse conditions of tropical forests, arid zones, coastal regions, and cold habitats in higher latitudes.

Beginning around 67,000 years ago, the cave record of Panga ya Saidi revealed a shift to smaller stone tools. Otherwise, however, there was no radical change in behavior at any time found in the archaeological record.

Furthermore, there was also not a notable break in human occupation during the Toba volcanic super-eruption 74,000 years ago, contradicting theories that the subsequent “volcanic winter” drove human populations to near-extinction. There was some evidence to suggest that populations were increasing 60,000 years ago.

The record also indicated that there was cultural complexity over a long period of time, but with no significant turning point.

Dr. Nicole Boivin of the Max Planck Institute for the Science of Human History is the project’s principal investigator.

“The East African coastal hinterland and its forests and have been long considered to be marginal to human evolution so the discovery of Panga ya Saidi cave will certainly change archaeologists’ views and perceptions,” said Dr. Boivin.

“The finds at Panga ya Saidi undermine hypotheses about the use of coasts as a kind of  ‘superhighway’ that channeled migrating humans out of Africa, and around the Indian Ocean rim,” said study co-author Professor Michael Petraglia.