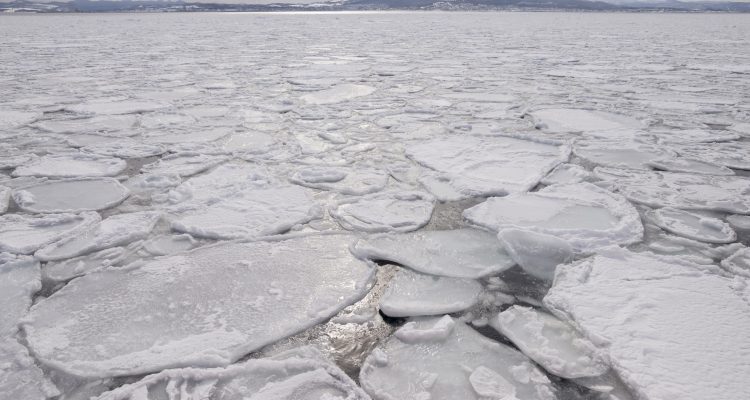 Don’t feel bad if you were nodding enthusiastically at the question, but you’re way off. Scientists have been confused for decades on how giant sheets of ice managed to melt during some of the coldest times during the last Ice Age. It defies all logic – but scientists think they may have uncovered the secret behind this Ice Age paradox.

A research team including Professor Jeremy Bassis of the University of Michigan looked at the behavior of the Laurentide ice sheet that used to cover a large part of North America. During the times when it would melt and splinter, weather temperatures were at their coldest, so scientists dug in to discover what else was going on.

What they found is that warm ocean water likely caused the ancient ice melts – not warm air, as was previously thought. While this provides answers to the strange behavior of the Laurentide, it also gives us a peek into our own future.

“We’ve shown that we don’t really need atmospheric warming to trigger large-scale disintegration events if the ocean warms up and starts tickling the edges of the ice sheets,” said Bassis. “It is possible that modern-day glaciers, not just the parts that are floating but the parts that are just touching the ocean, are more sensitive to ocean warming than we previously thought.”

This is important because scientists believe the same type of warming is at work on the Greenland ice sheet, as well as Antarctica. Researchers believe that as the Antarctic ice melts, it may raise sea levels by three feet or more.

“What we are showing is that the models we have of this process seem to work for Greenland, as well as in the past so we should be able to more confidently predict sea level rise,” Bassis said.

The team’s findings were published in the journal Nature.