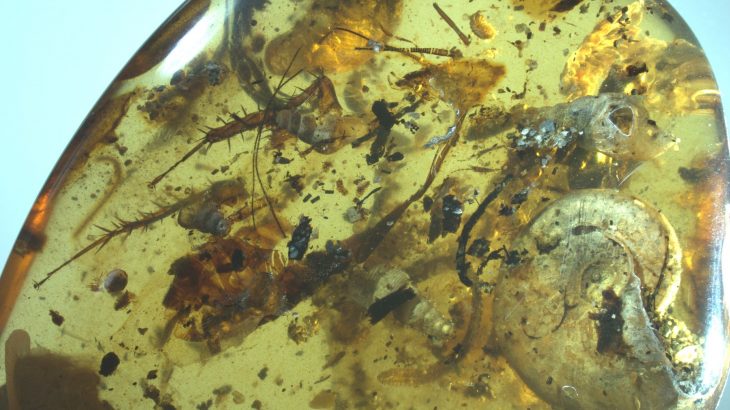 For years, ancient specimens trapped in amber have provided resin-covered snapshots of life on Earth millions of years ago.

Most of the species and plants found encased in these amber time-capsules are terrestrial, meaning they lived predominantly on land. This makes sense when you think about the wide array of ancient insects that have been described after being discovered in amber samples.

An unlucky ancient mosquito that perched on a resin-producing tree could easily have found itself stuck and before long completely entombed in amber, only to be unearthed by researchers centuries later.

Rarely do scientists find marine species or aquatic plants trapped in tree resin, but researchers from Nanjing Institute of Geology and Paleontology of the Chinese Academy of Sciences have discovered the first sea ammonite ever found in amber.

The find was described in a study published in the journal Proceedings of the National Academy of Sciences.

Trapped among mites, beetles, wasps, and spiders in a piece of 99-million-year-old amber found in northern Myanmar are several marine species including an ammonite, sea snails, and sea slaters.

The amber containing this mix of land and sea animals is 33 millimeters long, and 29 millimeters high. Over 40 individual animals were identified in the amber. 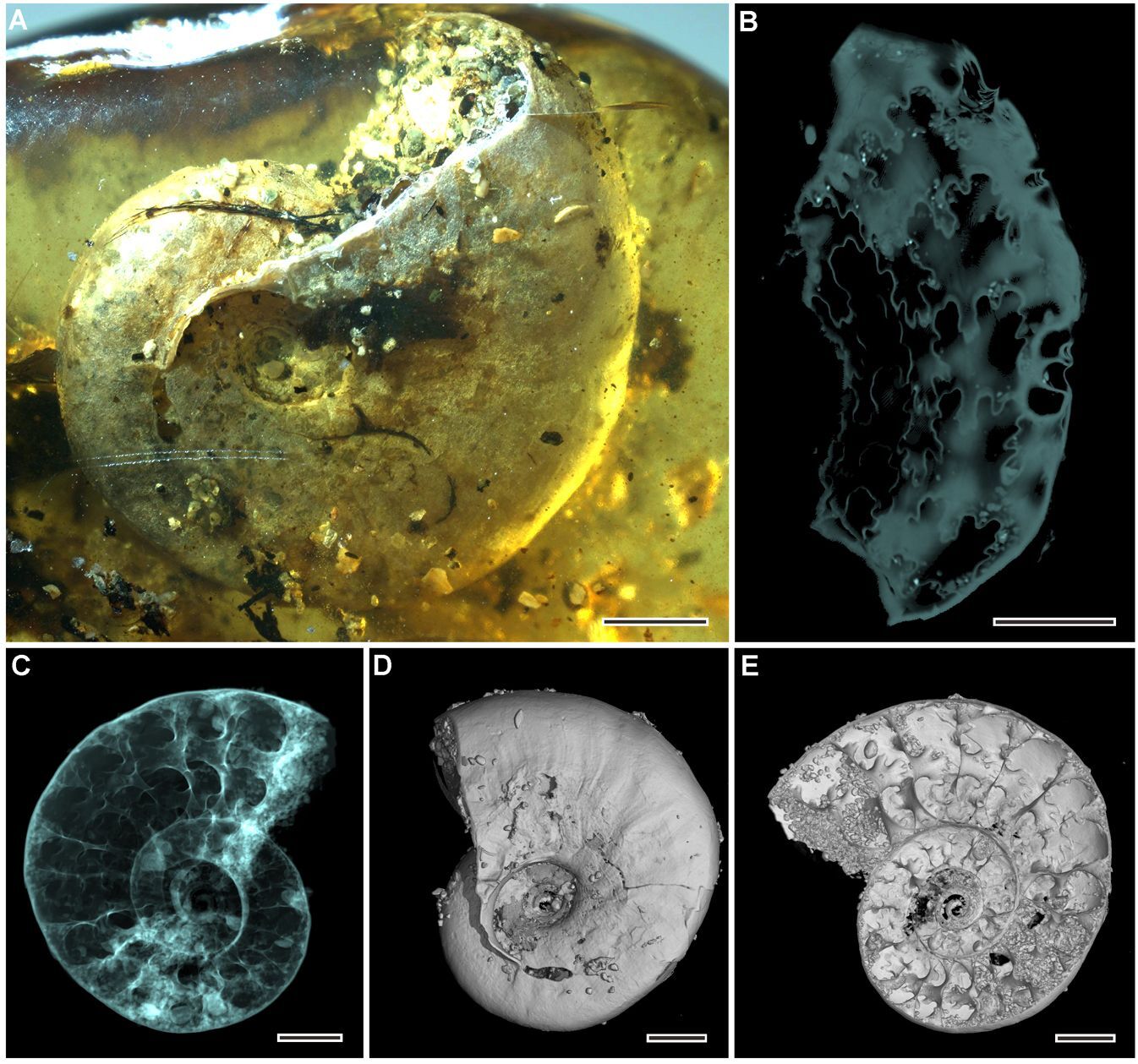 X-ray micro-computed tomography was used to create a high-resolution three-dimensional image of the ammonite.

How exactly the snails and ammonite ended up in the amber represents a mystery. It’s possible that the ammonite and sea snails were located on a sandy beach near resin-producing trees. As the resin flowed down the tree to the ground, it collected all matter of land and beach organisms in its path.

Regardless of how the ammonite ended up in the amber, the rare find is noteworthy and can help researchers better understand how ancient marine and terrestrial ecosystems interacted.