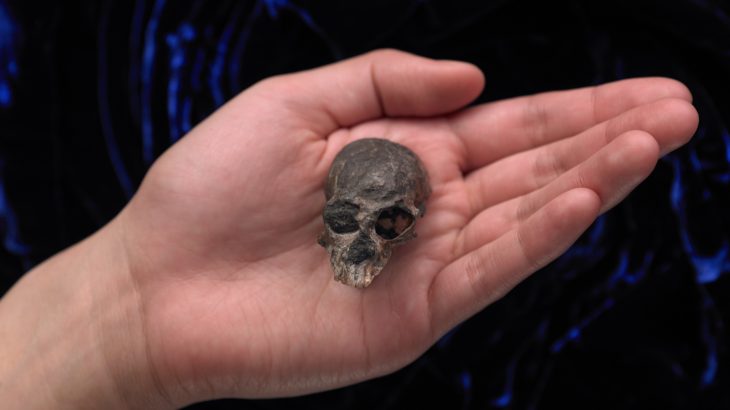 A team of researchers from the American Museum of Natural History, the Chinese Academy of Sciences, and the University of California, Santa Barbara, have concluded that the brain evolution of anthropoid primates — a diverse family of both modern and extinct monkeys, humans, and their nearest relatives — was much more complex earlier on in history than previously realized.

By studying a 20-million-year-old Chilean primate skull (the only skull and known specimen of the Chilecebus carrascoensis) the researchers saw that the brain enlarged repeatedly and independently throughout anthropoid history.

“Human beings have exceptionally enlarged brains, but we know very little about how far back this key trait started to develop,” said lead author Xijun Ni, a research associate at the Museum and a researcher at the Chinese Academy of Sciences. “This is in part because of the scarcity of well-preserved fossil skulls of much more ancient relatives.”

“Through more than three decades of partnership and close collaboration with the National Museum of Chile, we have recovered many remarkable new fossils from unexpected places in the rugged volcanic terrain of the Andes,” said John Flynn, the Museum’s Frick Curator of Fossil Mammals. “Chilecebus is one of those rare and truly spectacular fossils, revealing new insights and surprising conclusions every time new analytical methods are applied to studying it.” 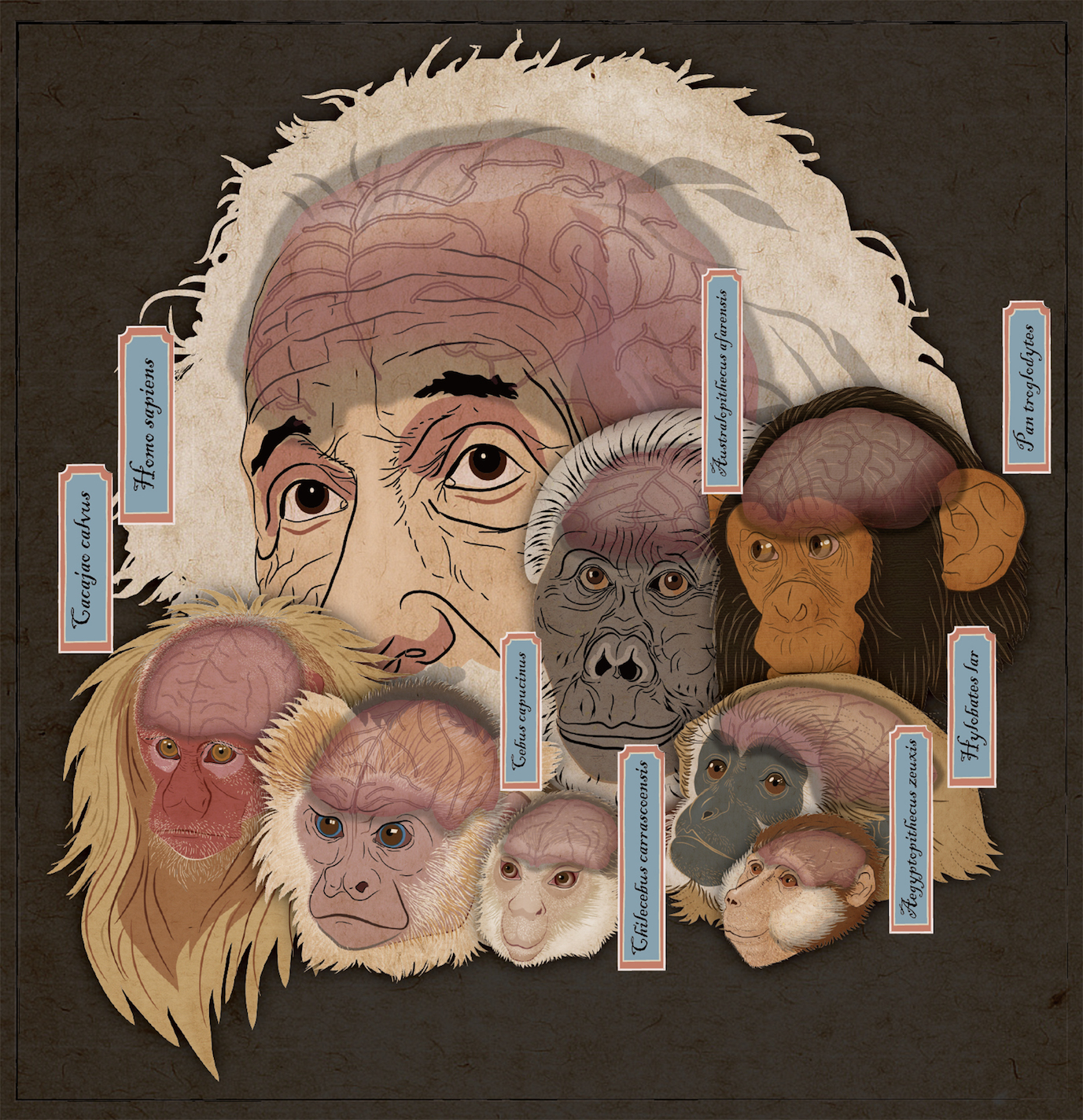 Comparing the brain sizes of a variety of primates, Image © Xiaocong Guo/Xijun Ni

Flynn, Ni, and their colleagues had previously studied Chilecebus and gathered a rough outline of the species’ encephalization, or the brain size relative to body size. Most primate species have encephalization quotients (EQs) relative to other mammals, however some primates have higher EQs than others, such as humans and their closest kin.

To look deeper into the EQ history of anthropoids, the researchers used Chilecebus to map out patterns across the anthropoid family tree, which resulted in a phylogenetic encephalization quotient (PEQ). Most modern monkeys have PEQs of 0.86 to 3.39, whereas Chilecebus had a PEQ of 0.79. And humans have a PEQ of 13.46.

Using this framework, the researchers were able to confirm that cerebral enlargement happened repeatedly and independently throughout anthropoid evolution, as did occasional cerebral reduction.