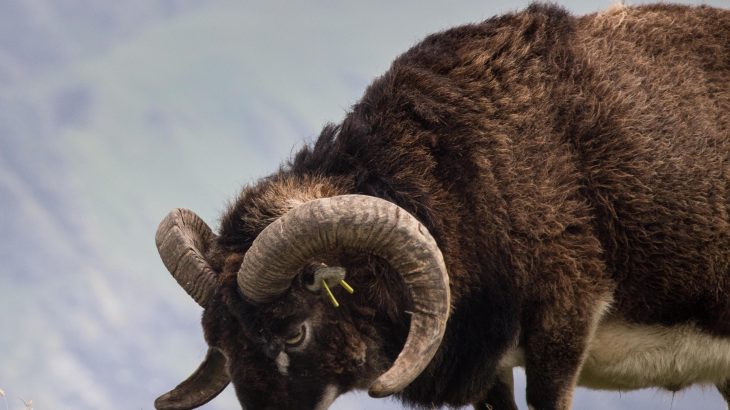 Researchers led by the University of Edinburgh have produced the first evidence which shows a clear link between aging and weaker immune defense in animals other than humans. The experts found that wild Soay sheep on the remote islands of St. Kilda become much more vulnerable to parasitic worms with age.

In a process called immunosenescence, the human immune system deteriorates throughout adulthood. According to the researchers, this age-related decline in immunity is a huge issue for human health, reducing an older person’s ability to fight off viruses and bacteria.

The team believes their study findings could offer new insight into whether humans may also lose the capacity to ward off larger parasites like worms.

“Our work provides the first evidence that deterioration in immune function in old age plays an important role in wild animal populations,” said Professor Dan Nussey. “It also provides rare clues from outside the laboratory that our ability to fight worm infection might fade as we age. Most studies of worm infections in humans focus on children and young adults in developing countries, with much less attention paid to older individuals.”

The researchers analyzed more than 2,000 samples taken across the lifetime of almost 800 Soay sheep. The levels of antibodies which protect the sheep from common parasites in their gut were found to decline in old age. Furthermore, the animals that showed faster deterioration in their resistance to the worms were more likely to die during the following winter.

“With the drive for more efficient farming practices, efforts are being made to extend the productive life-span of livestock species, which means the average age of farmed animals is likely to increase in the future,” said Dr. Tom McNeilly. “Studies such as these are critical as they provide important information on the likely consequences of farming older animals in terms of their ability to fight infectious diseases.”

The research was conducted as part of a long-term study of Soay sheep that began in 1985. The wild animals have lived on the islands of St Kilda for thousands of years.

“For anyone who visits St Kilda, the Soay sheep are a highlight, being living artefacts of the archipelago’s past – a relic from the earliest settlers,” said Susan Bain. “I therefore find it fascinating that these castaways from a lost culture still have things to teach us today. This new research shows that there is still a lot more to discover about this ancient breed and their environment.”