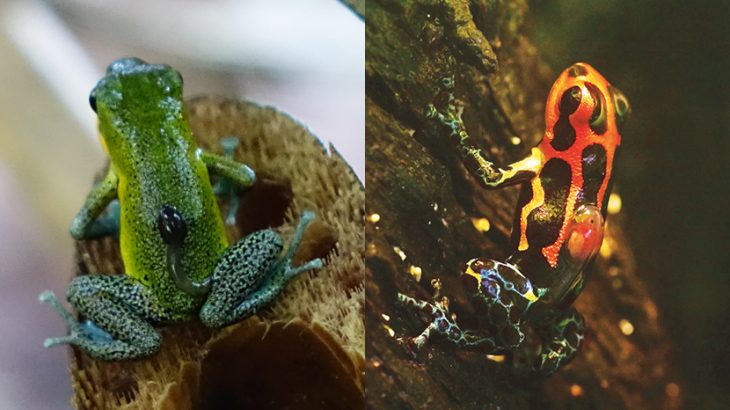 How animals evolved to become monogamous

A new study has revealed that evolution has a formula for monogamy and co-parenting.

Researchers from the University of Texas at Austin conducted the research to find out how non-monogamous species evolved to pair bond and share parenting duties.

Monogamy was defined as animals forming a pair bond, sharing some of the parenting duties, and helping to protect offspring together according to the study.

The researchers examined five pairs of closely related species, each with a monogamous and non-monogamous member. Four mammals, two birds, two species of frogs, and two fish were included in the study.

In these five pairs, the researchers found five independent instances of monogamy in the evolution of vertebrates.

For example, non-monogamous meadow voles diverged and formed a separate species from the monogamous prairie voles at some point in the vole’s evolutionary history.

The researchers were looking for specific gene expressions to explain how certain species evolved to be monogamous and compared gene expression in the male brains of each of the species.

“Our study spans 450 million years of evolution, which is how long ago all these species shared a common ancestor,” said Rebecca Young, the first author of the study.

First, the researchers collected tissue, sequenced the genomes of the different species and identified any gene activity patterns using a data-intensive supercomputer.

After sorting the genes based on sequencing similarities, the researchers discovered an evolutionary formula for monogamy and co-parenting in the five pairs.

In all of the monogamous species, the researchers found the same changes in gene expression in the male brains. The team says that patterns of gene expressions may help explain other common but complex social behaviors across different species.

The study examines a broader range of evolutionary history than previous studies and shows how evolution used the same genetic formula for monogamy across different species.

“Most people wouldn’t expect that across 450 million years, transitions to such complex behaviors would happen the same way every time,” said Young.