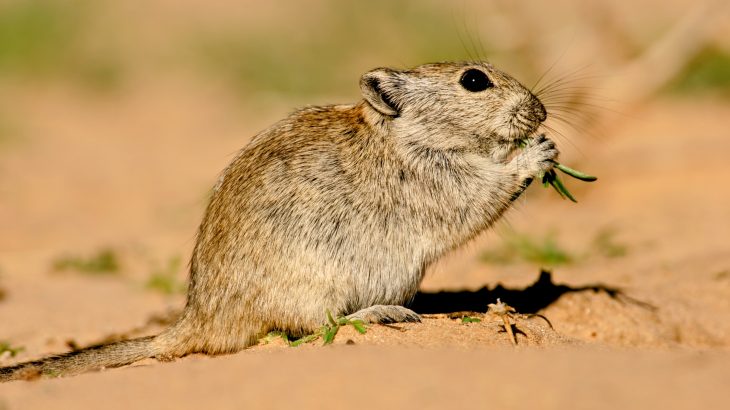 Animals have more than one way to adapt to climate change, according to a new study from the University of New Hampshire. Focusing on three species of mice, the researchers found that each has a different genetic mechanism for desert survival, or living in extreme heat with limited water.

The research suggests that many species have the capacity to adapt to the hotter and drier conditions associated with climate change.

“To reference a familiar phrase, it tells us that there is more than one way to bake a cake,” said study co-author Jocelyn Colella. “In other words, there are several ways for animals to adapt to desert conditions and discovering this genetic flexibility offers a silver lining to all species that will increasingly be forced to acclimate to hotter, drier settings.”

The experts compared the genetic mechanisms of cactus and canyon mice, which are both found in desert habitats, and the North American deer mouse, which can be found in colder, wetter climates in the northern United States.

The researchers expected to find similar genes in each species that were critical for living in desert environments. However, they found that each species uses a different genetic mechanism for desert survival.

For example, one species adapted through mutational genetic changes over time, while another species exhibited changes in gene expression that occur more quickly.

“We were excited by the findings because if our research had only found one gene that was critical to adapting to warmer, drier conditions it would suggest that it would be challenging for other animals to respond to climate change, but our work says there are multiple evolutionary options that enable desert survival,” said Colella.

The findings may also have implications for human health by helping to treat dehydration related illness, which kills millions of people each year. Experts say that even minor dehydration can compromise the kidneys and cause lifelong issues.

The study is published in the Journal of Heredity.