Animals often leave behind traces that reveal their role in the ecosystem • Earth.com 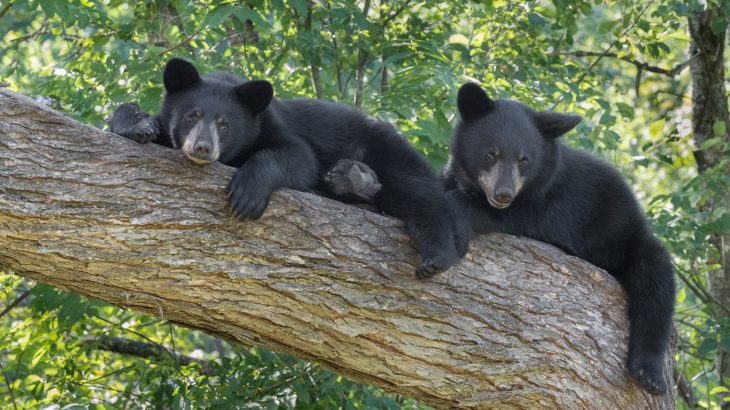 If you walk past a fence post in an open prairie or a small patch of trees amidst a grassland in North America, you might find a small sign of the remnant bison populations. On these upright posts or tree trunks, tufts of dark brown fur cling in shaggy clumps.

Bison are known for scratching themselves on any number of upright objects and their fur gets easily caught in the cracks or bark. Once bison were despised for (among other things) knocking over telegraph poles planted across the prairie. It’s possible that bison were also significantly important in keeping trees out of the prairies by knocking them over when scratching.

Bison fur is often used by birds for nest material and the hair was used by Native Americans for making cordage, something that can still be done. Sometimes genetic studies are done simply by leaving hair traps to catch the fur of an animal like a brown bear (or potentially bison) that rubs against a tree or are attracted to bait.

Footprints are the most obvious and readily noticed sign of animals in a landscape, but other signs like fur or scat often give greater context to an animal and connect it more deeply to the landscape.

Dung can tell you a lot about an animal. Some scat is easily assigned to an animal. In Australia, little cubes of dung, one of the strangest shapes for droppings, are made by wombats. Hiking in the US, the apple-like dung from wild horses is obvious as are pats of dung from cattle or bison. Some scat requires looking closer to identify. As repugnant as dung may be, it gives interesting clues to the life of an animal.

Sometimes scat appears to be little more than a tangle of fur, one of the animal parts not easily digested. Fur in scat is sure evidence that the scat came from a carnivore. In survival situations, it might be a useful clue to examine droppings and determine what other animals are eating, although this isn’t foolproof. Droppings also show the ecological importance of an animal. Seeds found in droppings show one way in which a plant is dispersed across a landscape. Delicate bone shards can show the truth of a predatory relationship. Fresh scat may alert you to the near proximity of an animal, perhaps even an animal carefully watching you from a hiding spot. For many animals, dung is a way to track down prey.

Animals like sloths climb from trees to bury their waste, so as not to attract unwanted predators to their tree. Others like some caterpillars have evolved the ability to shoot their ‘frass’ (dung) long distances to avoid attention from predators or wasps that inject them with their eggs to be eaten from the inside out. When you see dung, remember that it’s an important insight into the animals life, so important that animals want to hide that data from those who would eat them.

Similar to dung are owl pellets that you may have poked through in school. Owl pellets are the harder elements of an owls food that are vomited up after digestion. Other birds create pellets but what makes owls so special is that their stomach acid is mild enough to leave more bones and fur intact, so you can actually make reasonable guesses as to what the owl was eating.

When I collected data on sea birds in Alaska, startled chicks would sometimes vomit a chunky, fishy stew which we collected. It turns out vomit can be important for science, as it’s one of the easiest ways to see what an animal was eating and fear often leads to vomiting in birds. Ditching a bit of weight can mean that much faster getting off the ground for adult birds or a distraction. Carefully following animal traces like vomit or scat allow you to see through the eyes of a predator carefully teasing out clues of prey.

Predators themselves leave interesting and unique clues. Coyotes don’t usually hide their scat like the sloth. Instead, Urban Coyote Project points out that scat is used by coyotes to communicate. Coyote scat is often left in the middle of trails (including hiking trails which they sometimes use) and can be found even piled on rocks to make them more obvious. Coyote scat sometimes delineates a sort of territorial boundary for the canids.

Another sign of a predator is vertical scratches along a tree trunk. It may be that mountain lions are simply grooming their claws as many house cats do on sofas, but the Mountain Lion Foundation reports that some researchers also think this behavior is used for communication. Unfortunately scratches in a tree, it isn’t enough evidence that a mountain lion is nearby. Bears also mark trees with their claws. Sometimes bears also strip the bark from trees to get a carbohydrate rich snack in the green wood below the bark right as well.

Tracks are sometimes quite obvious. Raccoon prints pressed into the drying mud around a small pond are hard to miss. It’s easy to stare at blurred, large dog tracks, wanting them to be mountain lion tracks before you notice the claw marks that make them obviously canine. Other traces left in the mud or dust of the earth are less obvious.

The weird tracks of a sea turtle on the beach are reminiscent of tracks made by tanks before they’re washed away in the tide. Snakes leave sinuous trails in the dirt and sometimes lizards leave long drag marks from their tails. Even insects leave small tracks in the earth. Some like leaf cutter ants leave obviously groomed but minuscule trails, even through dense rainforests.

Some trackers claim to glean enormous amounts of information from tracks, including the health of an animal or its intentions. But even without these abilities, looking closely at animal traces is a way to imagine yourself in the skin of another.