Ankylosaurs used their tail clubs to battle each other • Earth.com 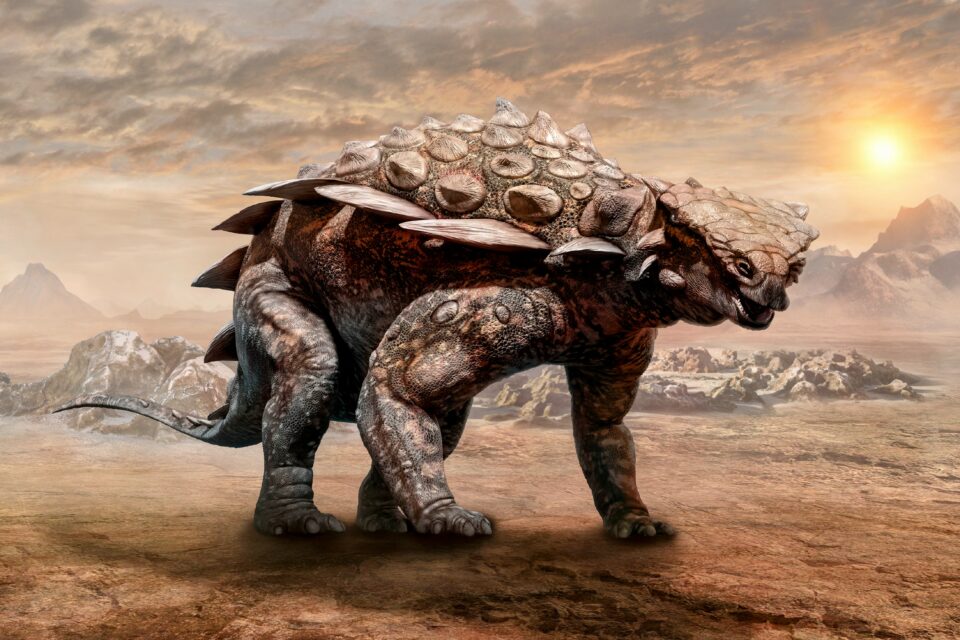 Ankylosaurs were massive, armored dinosaurs with huge tail clubs and spikes along their flanks. A new study published in the journal Biology Lettershas provided evidence that a species of ankylosaurs called Zuul crurivastator may have used their iconic tail clubs not only in fights with the fierce predator Tyrannosaur Rex, but also in battles for social and territorial dominance with members of their own species.

“I’ve been interested in how ankylosaurs used their tail clubs for years and this is a really exciting new piece of the puzzle,” said study lead author Victoria Arbour, the curator of Palaeontology at the Royal BC Museum in Canada. “We know that ankylosaurs could use their tail clubs to deliver very strong blows to an opponent, but most people thought they were using their tail clubs to fight predators. Instead, ankylosaurs like Zuul may have been fighting each other.”

Zuul’s tail was about three meters long and had sharp spikes running along its sides, creating a formidable sledgehammer-like weapon. In fact, Zuul crurivastator means “Zuul, the destroyer of shins,” a nod to the idea that tail clubs were used to smash the legs of bipedal tyrannosaurs. Although the new findings do not refute the idea that these tails could have been employed as defense mechanisms against predators, they suggest that they could also have functioned for within-species combat for dominance, territory, or mates.

“The fact that the skin and armor are preserved in place is like a snapshot of how Zuul looked when it was alive. And the injuries Zuul sustained during its lifetime tell us about how it may have behaved and interacted with other animals in its ancient environment,” concluded senior author David Evans, the curator of Vertebrate Palaeontology at the Royal Ontario Museum.