Anole lizards have lungs that develop in less than two days • Earth.com 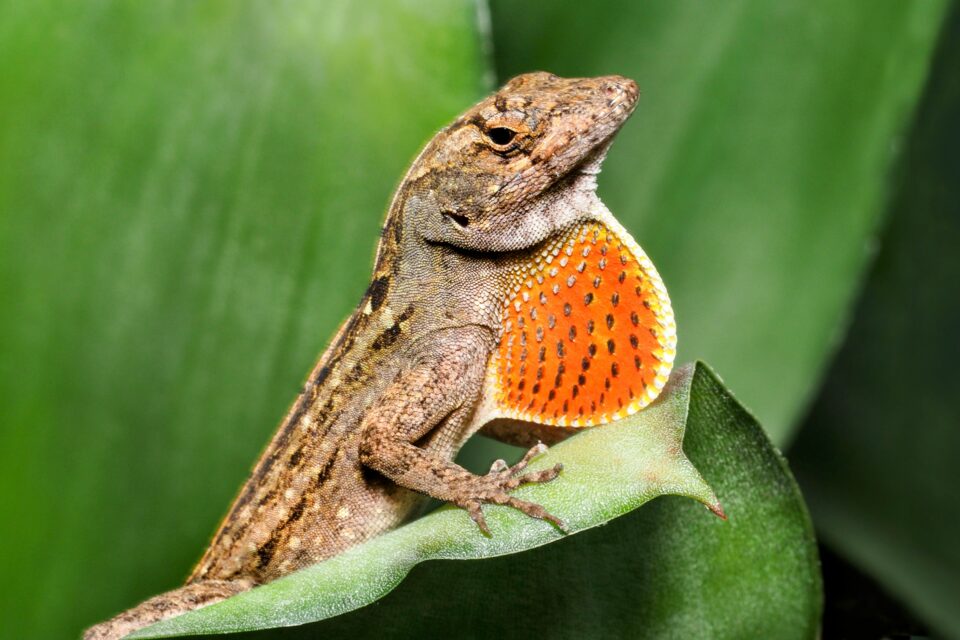 Anole lizards have lungs that develop in less than two days

The lungs of the brown anole lizard are providing experts with new inspiration for advanced biotechnologies. Human lungs take months and years to develop into complex structures, but the anole lung develops in just a few days.

While the anole lung is not nearly as sophisticated, it still allows the lizard to exchange oxygen for waste gases just as human lungs do, according to a new study from Princeton University.

“Our group is really interested in understanding lung development for engineering purposes,” said Professor Celeste Nelson, the study’s principal investigator. “If we understand how lungs build themselves, then perhaps we can take advantage of the mechanisms mother nature uses to regenerate or engineer tissues.”

The brown anole lung forms very quickly through a mechanical process that the researchers compared to a mesh stress ball. The study is the first of its kind to examine the development of a reptile lung.

The experts noted that, for engineers looking to use nature’s shortcuts on behalf of human health, the speed and simplicity of anole lung development could lead to radical new ways to create artificial lungs. Beyond this, the study will help scientists gain brand new insight into reptile development.

“The architecture of the bird lung is just so incredibly different from that of the mammalian lung.” For example, instead of a diaphragm, birds have air sacs embedded throughout their bodies.

The team looked at the eggs of brown anole lizards to map the reptile’s lung development. Study co-author Michael Palmer used his observations to build a computational model of the lung and understand its physics.

According to the study, the organ goes from flat balloon to fully formed lung in less than two days. The process is simple enough that Palmer was able to use his computational model to build a working replica in the lab.

“Different organisms have different organ structures, and that’s beautiful, and we can learn a lot from it,” said Professor Nelson. “If we appreciate that there’s a lot of biodiversity that we can’t see, and we try to take advantage of it, then we as engineers will have more tools to tackle some of the major challenges that face society.”