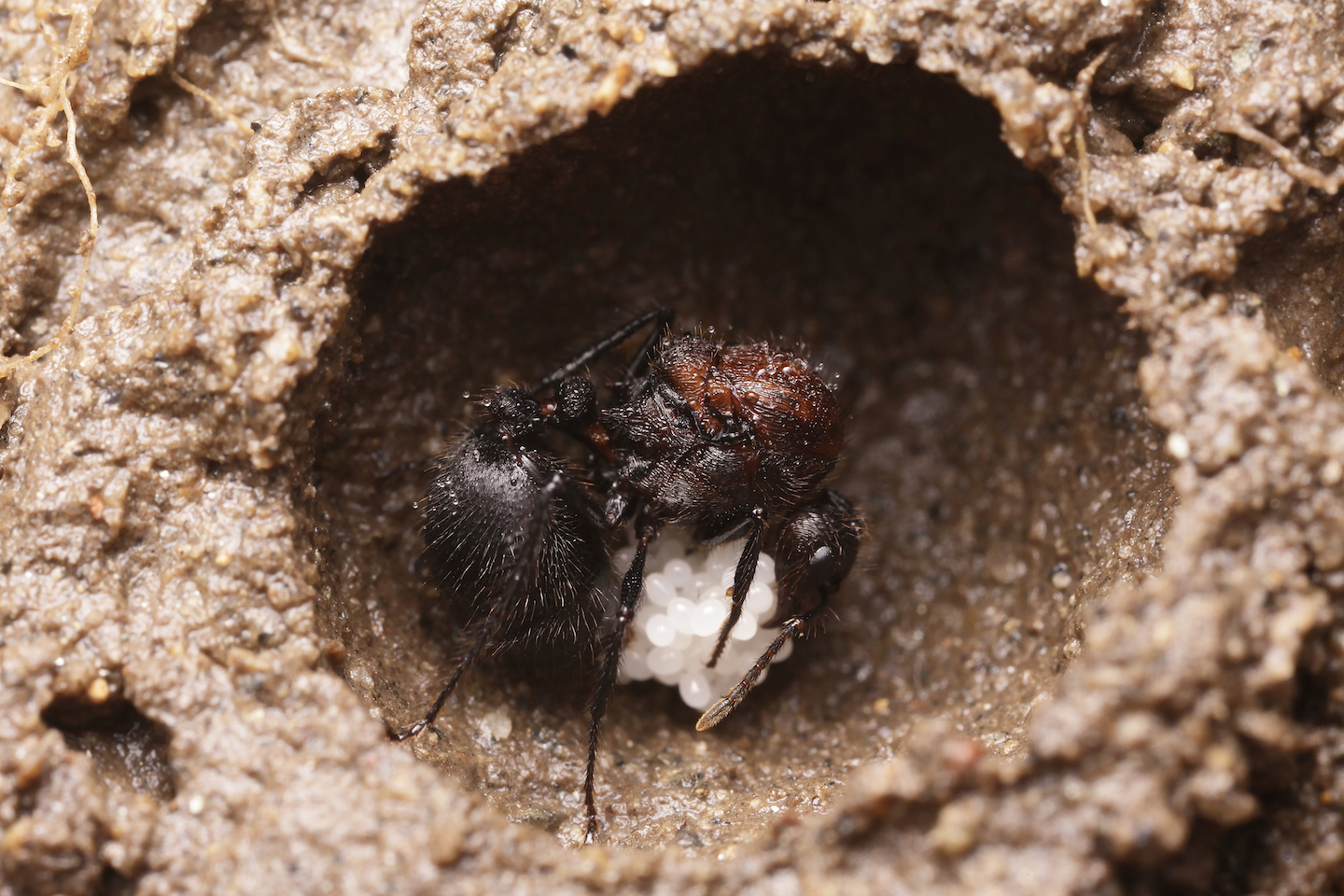 Ant queens who have chosen to co-found a colony were discovered performing a strange burial ritual if one of the co-queens died. When this happened, the surviving queen would sometimes bite and bury the dead queen, possibly to avoid the spread of infection.

The study was conducted by researchers from the Institute of Science and Technology in Austria and was published in the journal BMC Evolutionary Biology.

The team observed ant queens, who had co-founded a colony with a sick queen who later died, performed “undertaking behaviors,” such as biting the corpse to make it easier to transport, and then burying it.

These undertaking behaviors were linked to a greater likelihood that the queen would survive, instead of getting infected themselves.

Christopher Pull, corresponding author of the study, explained why this behavior was out of the ordinary and surprising to the researchers.

Typically, queens avoid any risks to their health and survival so that they can be counted on for reproduction and the colony’s well-being. But queens do not seem to avoid sick queens, most likely due to competing for nesting sites, Pull noted.

Co-founding with a knowingly sick queen and burying that queen could expose the healthy queen to infection, but actually, the reverse was found to be true.

“We found that queens that perform these behaviors are actually less likely to contract infections from dead co-founders and are less likely to die compared to those that do not perform undertaking,” said Pull.

The researchers observed the queens of the black garden ant and discovered that if two queens shared a closed nest with only one chamber and one of them died, a large majority of the surviving queens would bite and bury the dead.

If the queens had an open nest with multiple chambers, most of the surviving queens would still bite the dead queen, but only 22 percent of the live queens would bury the corpse.

The researchers also wanted to explore how the introduction of pathogens would affect an ant queen’s choice to co-found a colony. The researchers exposed certain ant queens to fungal pathogens, making them sick.

Overall, the researchers found that healthy queens did not go out of their way to avoid co-founding with infected queens.

In another experiment, the researchers found that if one of the queens died, whether infected or not, the surviving queen still performed the same undertaking behaviors.