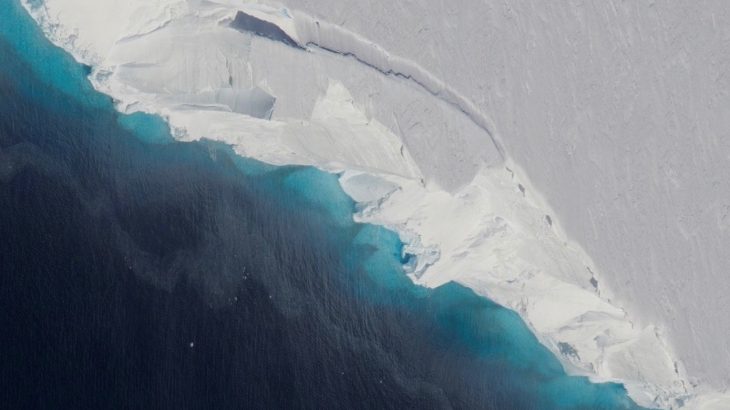 The recent discovery of a massive cavity that is quickly hollowing out the Thwaites Glacier in west Antarctica from the inside out has experts concerned about the rapidly decaying glacier’s impact on sea level rise in the coming years.

The Thwaites glacier is comparable to the size of Florida and the amount of ice the glacier holds could raise global sea levels by roughly 2 feet it it were to collapse.

The Thwaites also plays a crucial role in holding back other glaciers that would also contribute to sea level rise if the melting were to continue.

Researchers from the National Aeronautics and Space Administration (NASA) Jet Propulsion Laboratory (JPL) stumbled upon the startling discovery of the cavity when reviewing data from satellites and Operation IceBridge.

While the researchers expected to find some space between the glacier’s bottom and the bedrock where the glacier sits, a cavity the size of the Manhattan and nearly 1,000 feet tall far exceeded any expectations.

A study detailing the new findings was published in the journal Science Advances and the researchers call for more detailed observations of Antarctica’s glaciers.

If scientists have a better idea of how fast glaciers are melting, what kind of retreat patterns they’re following, and how much ocean water is seeping in under the glacier, then it will be easier to accurately project future global sea level rise.

“We have suspected for years that Thwaites was not tightly attached to the bedrock beneath it,” said Eric Rignot, co-author of the new study. “Thanks to a new generation of satellites, we can finally see the detail.”

The researchers found that cavity at one time could have held 14 billion tons of ice, and the majority of the cavity’s decay has occurred only in the last three years.

The team collected and analyzed satellite images and radar data from Operation IceBridge and used radar interferometry to measure the growth of the cavity over time.

“[The size of] a cavity under a glacier plays an important role in melting,” said, Pietro Milillo, the lead author of the study “As more heat and water get under the glacier, it melts faster.”

Thwaites isn’t following any regular patterns of retreat, and previous models drastically underestimated how quickly the glacier was melting.

The cavity sits under the western side of the glacier where the tide rises and falls. The researchers found that the glacier’s grounding line, the point where seawater meets bedrock and the glacier extends out into the ocean, advances and falls back over an area of 2 to 3 miles.

However, the rate of ice loss and glacier retreat is unpredictable which is why continued monitoring of the glacier is critical.

“Understanding the details of how the ocean melts away this glacier is essential to project its impact on sea level rise in the coming decades,” said Rignot.

A five-year field experiment called the International Thwaites Glacier Collaboration has been planned to study the region and its glaciers.