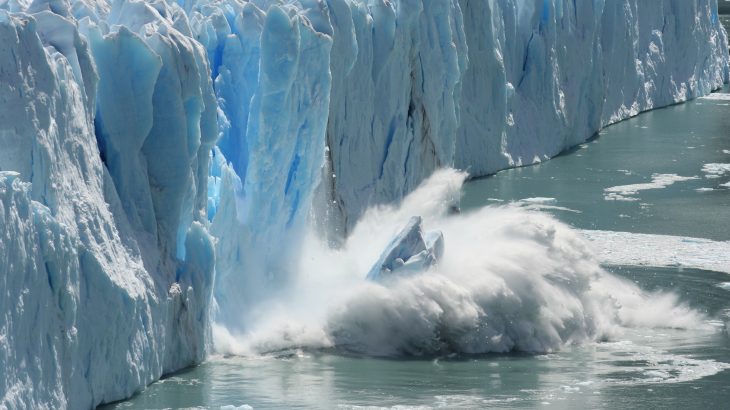 Antarctica is experiencing a sixfold increase in ice mass loss

A new study has revealed that ice mass loss in Antarctica has increased by 280 percent in recent decades, and as a result the world’s oceans will experience significant sea level rise over the coming years.

A team of researchers from the University of California, Irvine, the National Aeronautics and Space Administration’s Jet Propulsion Laboratory (NASA JPL) and Utrecht University in the Netherlands calculated Antarctic ice mass loss between 1979 and 2017.

The four-decade assessment, published in the journal Proceedings of the National Academy of Sciences, covered 18 regions, 176 basins, and Antarctica’s surrounding islands.

The researchers examined Anatrica’s remaining ice mass and discovered that the continent experienced a sixfold increase in annual ice mass loss between 1979 and 2017, which raised sea levels by more than half an inch in the same period.

“That’s just the tip of the iceberg, so to speak,” said Eric Rignot, the lead author of the study. “As the Antarctic ice sheet continues to melt away, we expect multi-meter sea level rise from Antarctica in the coming centuries.”

The comprehensive study sheds insight on how east Antarctica has been impacted over the years and how ice mass in that region contributed to ice mass loss totals. East Antarctica is more susceptible to climate change and increases in ocean temperatures than was previously thought, according to the researchers.

“The Wilkes Land sector of East Antarctica has, overall, always been an important participant in the mass loss, even as far back as the 1980s, as our research has shown,” said Rignot. “This region is probably more sensitive to climate [change] than has traditionally been assumed, and that’s important to know, because it holds even more ice than West Antarctica and the Antarctic Peninsula together.”

The study also projects that the increases in ice mass loss will have major impacts on sea level rise in the future.

“As climate warming and ozone depletion send more ocean heat toward those sectors, they will continue to contribute to sea level rise from Antarctica in decades to come,” said Rignot.