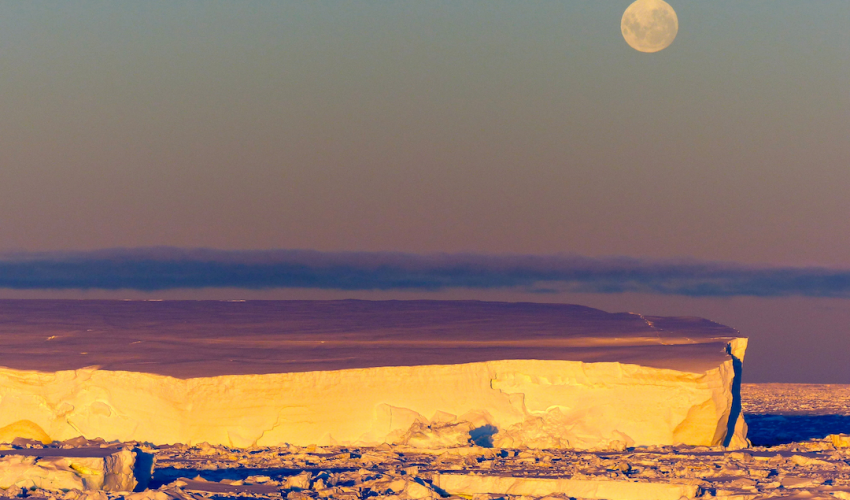 Research published this week in the journal Nature reveals that the East Antarctic Ice Sheet, which holds more water than any other ice sheet on the planet, is not as stable as previously thought. Scientists are now examining the contribution that this massive ice sheet could make to global sea level rise, and they warn that the effects could drastically alter the coastline of Florida.

Dr. Amelia Shevenell is an associate professor at the University of South Florida and co-lead author of the study.

“Antarctica may seem far away from Florida, but all Floridians should care about what is happening in Antarctica,” said Dr. Shevenell. “As ice melts, global sea levels rise. Most of Florida is at or several feet above sea level.”

The East Antarctic Ice Sheet has been long believed to be much more resilient than the ice cover of West Antarctica and Greenland, but an unprecedented survey of East Antarctica’s Sabrina Coast revealed that this is not the case.

Using marine seismic technology and ocean sediments, the research team reconstructed the progression of the East Antarctic Ice Sheet in the Sabrina Coast region over the past 50 million years. The scientists discovered that this ice sheet has been sensitive to climate change for millions of years.

During warmer climates, the ice sheet was wetter and much less stable. The experts found that this instability occurred when atmospheric temperatures and carbon dioxide levels were similar to, or slightly higher than, what they are today.

“We are already seeing the effects of rising seas caused by melting ice sheets and ocean warming,” said Dr. Shevenell. “There is enough ice in our study region alone to raise global sea level by as much as 15 feet. This, in isolation, would be catastrophic to Florida.”

Dr. Shevenell explained that loss of ice mass is primarily due to warming ocean waters which melt ice shelves and glaciers from below.

“Our records of surface-meltwater production during past warm climates indicate that in the future, Antarctica will also experience ice melt from above, as air temperatures warm and carbon dioxide increases,” said Dr. Shevenell.