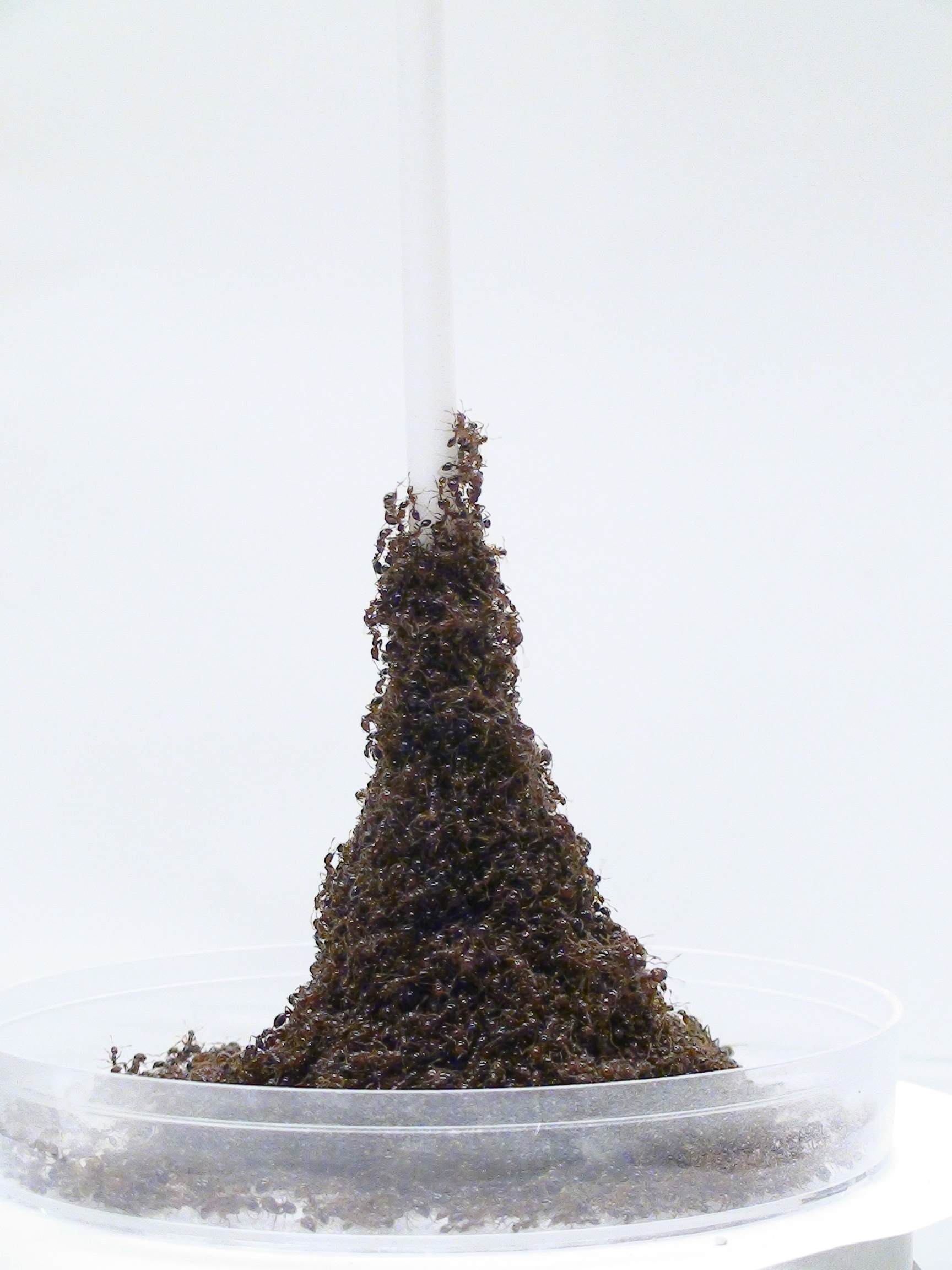 How ants build a mini Eiffel Tower to escape danger

When fire ants run into a tall obstruction while looking for food or escaping to new areas, they use their bodies to create structures that look like the Eiffel Tower, a new study found.

It only takes about 20 minutes to build the towers, which are several inches tall, the Georgia Institute of Technology study said. There is no leader or coordinated effort by the ants, who wander around aimlessly following a certain set of rules, the study found.

“If you watched ants for 30 seconds, you could have no idea that something miraculous would be created in 20 minutes,” said David Hu, a Georgia Tech mechanical engineering professor and co-leader of the study. “With no planning, and using trial-and-error, they create a bell-shaped structure that helps them survive.”

The research is a follow-up to the group’s 2014 “ant raft” research, which examined how ants link their bodies to build waterproof structures that stay afloat for months. The ants become building blocks of the raft.

They do the same thing for the towers, first searching for an empty spot. When they find one, one ant stops, and others climb on top to make the tower.

The tower gets wider as it grows taller, gradually becoming the same shape as the Eiffel Tower in Paris, researchers said.

“We found that ants can withstand 750 times their body weight without injury, but they seem to be most comfortable supporting three ants on their backs,” said Craig Tovey, a co-author of the study and professor in Georgia Tech’s Stewart School of Industrial & Systems Engineering. “Any more than three and they’ll simply give up, break their holds and walk away.”

Ants keep the tower is in constant motion, sinking as the insects work. Ants slide down, then exit out of tunnels buried in the base.

“Ant towers are like human skin,” said Hu. “The tower is constantly rebuilding and replacing its surface.”

The findings, published in the journal Royal Society Open Science, could help with development of modular robots, which aren’t currently effective at building tall towers, the authors said.

“Ninety-nine percent of all the species that have ever lived on Earth are extinct,” Tovey said. “The rest of us have developed very effective techniques to survive. Why wouldn’t we study these processes?”