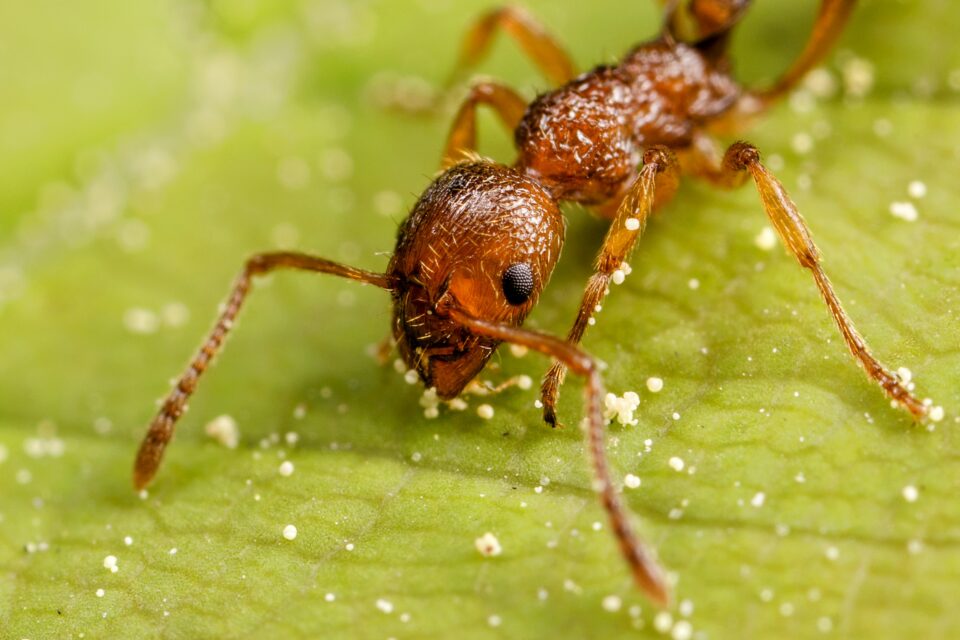 Ants can detect cancer through smell

Cancer detection is a major public health challenge. The methods currently used to detect cancerous cells, such as MRIs and mammograms, are often invasive and expensive, which limits their long-term use.

In order to bypass such constraints, alternative methods like the use of animals’ sense of smell are currently investigated. A new study led by the National Center for Scientific Research in France (CNRS) has found that ants can discriminate between cancerous and healthy cells, as well as between different types of cancers.

The researchers performed tests on 36 ants under a laboratory setting. They first exposed the ants to a sample of cancerous human cells, which they associated with a reward consisting of a sugary solution that the ants enjoy. After only a few minutes of training, the ants learned to reliably differentiate between cancerous and healthy human cells.

This is not the first time that scientists used animals’ olfactory sense to help detecting cancerous cells. Dogs, for example, have also been able to sniff them out. However, training them to do so required long periods of time, ranging from a few months to a year.

By contrast, according to the researchers, “insects can be easily reared in controlled conditions, they are inexpensive, they have a very well-developed olfactory system and hundreds of individuals can be conditioned with very few trials. Ants therefore represent a fast, efficient, inexpensive, and highly discriminant detection tool for detection of cancer cell volatiles.”

Although the efficacy of this method must now be tested in clinical trials on actual human beings, these first results suggest that ants may be some of the best animals to use in detecting cancers and more.

“Our approach could potentially be adapted to a range of other complex odor detection tasks including the detection of narcotics, explosives, spoiled food, or other diseases, including malaria, infections, and diabetes,” the authors concluded.