How ants work together to carry food around obstacles • Earth.com 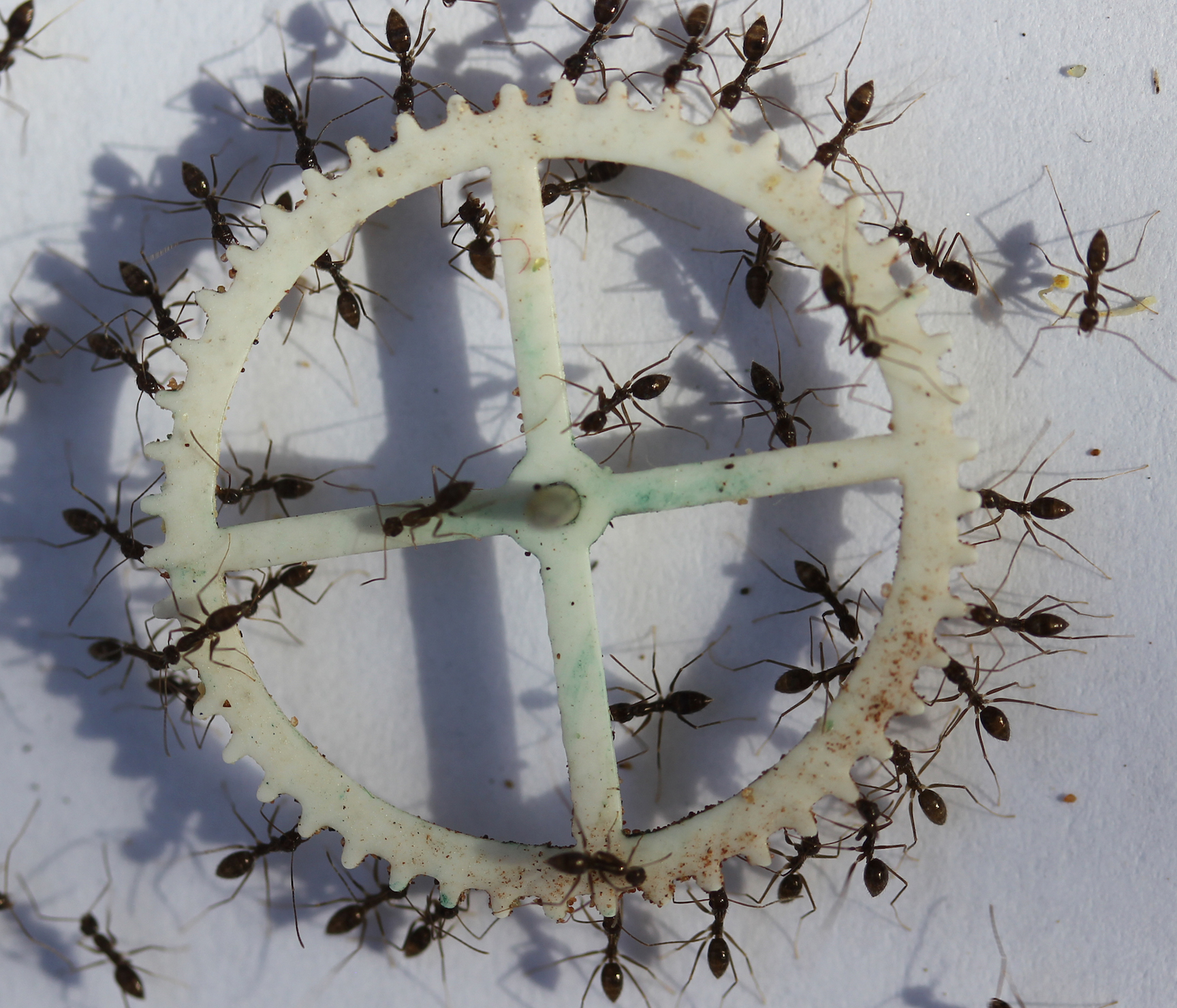 How ants work together to carry food around obstacles

Ants have an impressive ability to lift objects much heavier than their own body weight and have an incredible social structure within their colony where every ant serves a purpose.

Ants also work together to carry food back to their nest and can problem solve when they come across obstacles.

When faced with an obstacle, the ants will try squeezing their cargo through a hole or use a side-side movement to go around whatever is in their way.

A new study conducted by researchers from the Weizmann Institute in Israel provides insight into what drives these two type of problem solving motions and what conditions prompt the ants to choose one over the other.

The results were published in the journal PLOS Computational Biology.

For the study, the researchers created a mathematical model that simulated ant behavior and how groups of ants worked together to get around a barrier with a narrow hole in it.

The model showed that ants randomly choose between two different motions, either staying near the hole to try and pass the food through or going around. This ensures that the ants don’t get stuck on just one plan of action.

The size of the groups of ants also factored into what influenced the ants’ movements according to the simulations.

After working with the models, the researchers tested the simulations’ predictions using experiments with real ants.

The ants were given cargo ranging from one centimeter to four centimeters in diameter to carry.

The researchers set up a barrier with a narrow hole that the ants would have to get around somehow. The model’s predictions were correct and the smaller groups carrying the smaller pieces of food focused more on getting through the hole.

Ants are impressive problem solvers and this study shows the lengths ants will go to get around obstacles without getting stuck or stalling on a plan that isn’t working.

The researchers next hope to study ants carrying cargo through more complex terrain that mirrors the natural world in order to better understand these movements and behaviors.

“Many social animals–from bird flocks to schools of fish to troops of baboons–perform cooperative tasks, such as foraging, hunting, and migrating,” said Nir Gov, the study’s senior author. “Our results could provide inspiration for similar understanding of other collective animal behavior systems that exhibit coexisting modes.”