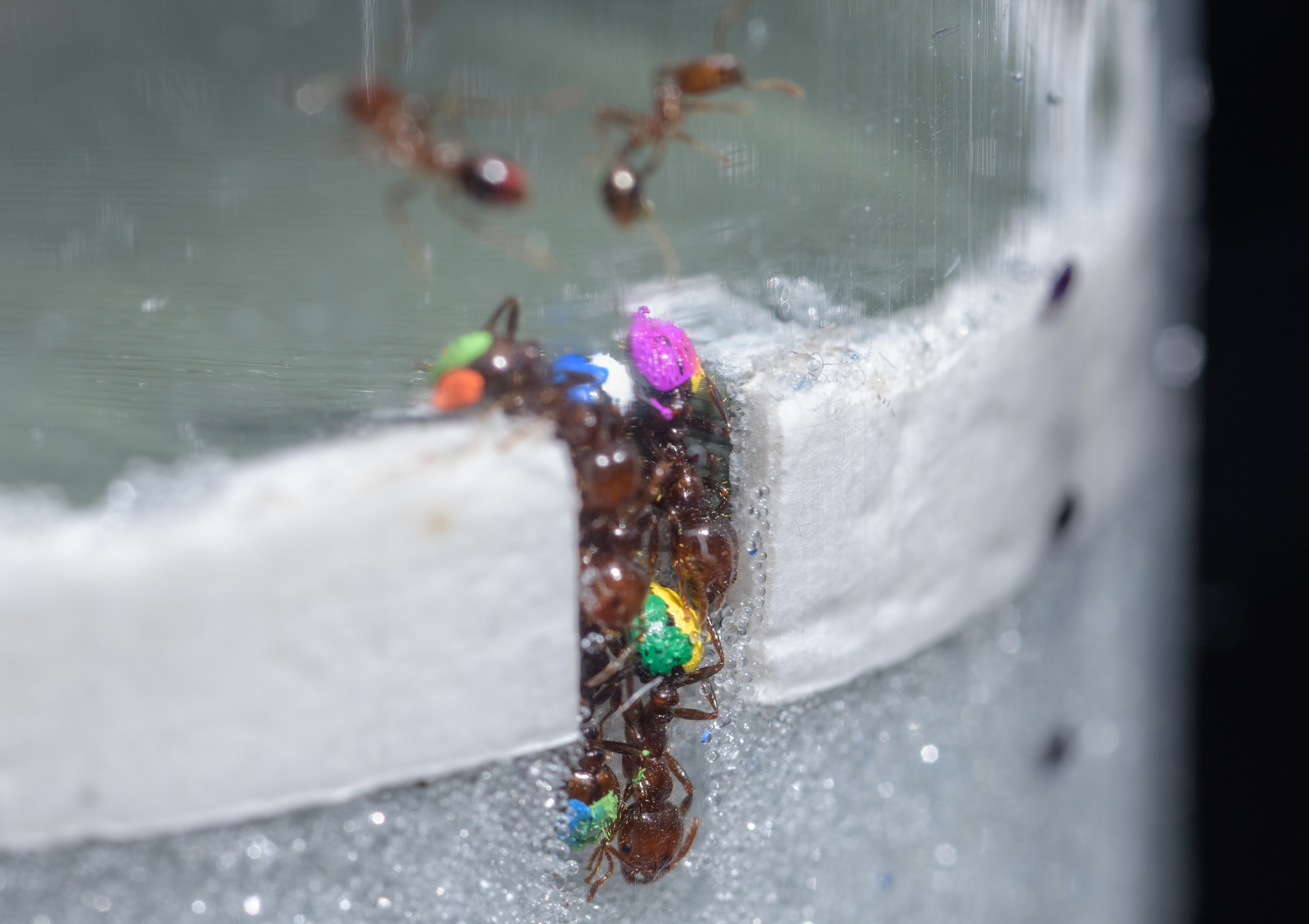 A team of experts at the Georgia Institute of Technology has found that most of the digging in fire ant colonies is done by only a few individuals – an action plan that allows the ants to get the job done smoothly without any traffic jams.

When the scientists applied this work strategy to autonomous robots, they found that the machines could complete tasks using the least amount of energy and with the least mechanical clogs.

Autonomous underground robots could be used in the future for jobs such as disaster recovery, mining, or for digging underground shelters.

Study co-author Daniel Goldman is a professor in the School of Physics at Georgia Tech.

“On highways, too few cars don’t provide much flow, while too many cars create a jam,” said Professor Goldman. “There is an intermediate level where things are best, and that is called the fundamental diagram. From our modeling, we learned that the ants are working right at the peak of the diagram. The right mix of unequal work distributions and reversal behaviors has the benefit of keeping them moving at maximum efficiency without jamming.”

The team monitored the activities of 30 ants who were painted for identification purposes, and found that 70 percent of the work was done by just 30 percent of the ants. When the researchers removed the five hardest working ants, however, there was no decline in productivity.

“We noticed that if you have 150 ants in a container, only 10 or 15 of them will actually be digging in the tunnels at any given time,” said Professor Goldman. “We wanted to know why, and to understand how basic laws of physics might be at work. We found a functional, community benefit to this seeming inequality in the work environment. Without it, digging just doesn’t get done.”

Fire ants are constantly rebuilding their nests, and the tunnels they design are barely wide enough for two individuals to pass. The ants avoid clogging up the tunnels by retreating from passageways that are already occupied by other workers.

The researchers programmed robots to mimic this behavior while they were working in a narrow, horizontal tunnel. The experts found that three robots could work effectively in the tunnels.

“When we put four robots into a confined environment and tried to get them to dig, they immediately jammed up,” said Professor Goldman. “While observing the ants, we were surprised to see that individuals would sometimes go to the tunnel and if they encountered even a small amount of clog, they’d just turn around and retreat. When we put those rules into combinations with the robots, that created a good strategy for digging rapidly with low amounts of energy use per robot.”

The robots proved that they are not nearly as capable as the ants, who are much more flexible and can squeeze past each other easily.

Beyond the potential robotics applications, the work highlights the complex social skills of ants.

“Ants that live in complex subterranean environments have to develop sophisticated social rules to avoid the bad things that can happen when you have a lot of individuals in a crowded environment,” said Professor Goldman. “We are also contributing to understanding the physics of task-oriented active matter, putting more experimental knowledge into phenomenon such as swarms.”

This study is published in the journal Science.