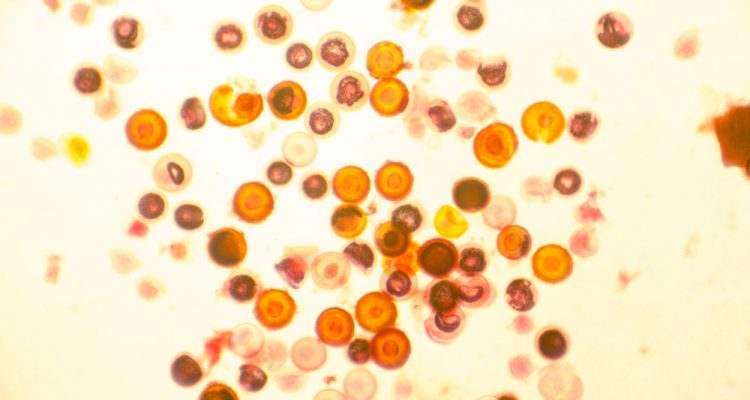 Scientists are warning that salmon caught in the Pacific Northwest may be carrying an unwanted –and unappetizing – passenger. The Japanese broad tapeworm, previously thought to only infest fish in the Pacific waters around Japan, is now targeting fish being caught off of U.S. shores.

Diphyllobothrium nihonkaiense, or the Japanese broad tapeworm, is a parasite. It can infect humans, but is also frequently found in other carnivores such as wolves and bears. It can grow up to 30 feet long and often causes few symptoms. If symptoms do arise, they’re often in the form of abdominal pain, nausea, diarrhea, and weight loss. In some extreme cases, can cause intestinal obstructions. Thankfully, once doctors have identified that a tapeworm is the culprit, they can effectively treat it using oral medications.

The Center for Disease Control published the stomach-churning findings in the February edition of the journal, Emerging Infectious Diseases. The CDC said that “salmon from the American and Asian Pacific coasts and elsewhere pose potential dangers for persons who eat these fish raw.”

Researchers said they wanted to warn doctors who may not typically be on the alert for symptoms of tapeworm infection.

“Because Pacific salmon are frequently exported unfrozen, on ice, plerocercoids may survive transport and cause human infections in areas where they are not endemic, such as China, Europe, New Zealand, and middle and eastern United States,” the researchers wrote.

Despite the warnings about consuming raw or undercooked salmon, American sushi lovers can breathe a sigh of relief. The Food and Drug Administration requires that all fish to be used for sushi must be frozen first to kill off parasites. Although people prize sushi because of the perception that the fish is fresh, it’s actually all been frozen and thawed – making it deliciously tapeworm-free.