Arachnids: Spiders and scorpions are the tip of the iceberg • Earth.com 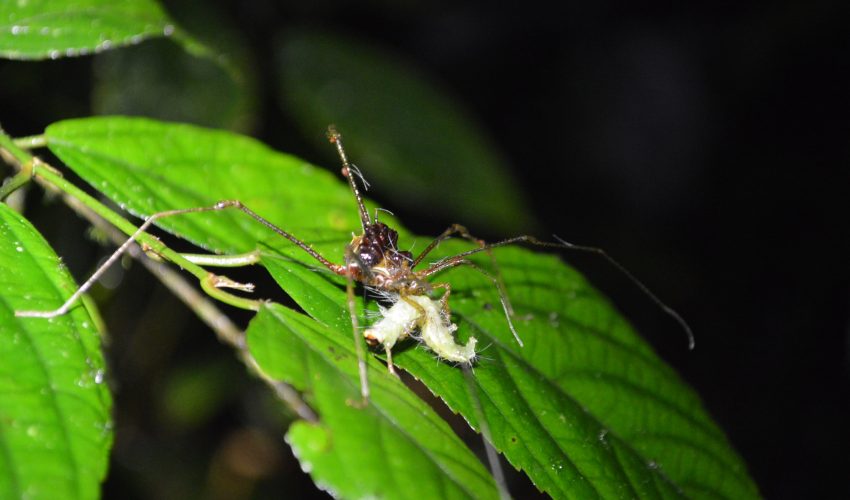 Arachnids: Spiders and scorpions are the tip of the iceberg

Arachnida is a class comprised of several orders and super orders; always changing as more scientific information is available.  In addition to these extant orders, there are a few more extinct orders.  Taken all together, the class Arachnida is a lesson in bizarre life forms.

Everyone knows of scorpions, but less known are the pseudoscorpions of the order Pseudoscorpiones.  Most pseudoscorpions are tiny, easily fitting on the face of a dime.  Besides their diminutive size, the habitat of many makes pseudoscorpions easy to miss.  There have been pseudoscorpions living blind, hidden in caves, individual species being found only in specific caves sometimes.

Other pseudoscorpions are interstitial, meaning they live between grains of soil.  I was surprised and excited to once find a small pseudoscorpion in the soil when excavating a dinosaur skeleton on the prairie of South Dakota.  In my excitement I shared the creature with everyone on the dig, letting the interesting arachnid crawl across many hands before I carefully placed her in the soil a safe distance from the dig.  Pseudoscorpions look very similar to scorpions with pinchers but without the tail or stinger; instead the claws contain venom sometimes.  The pseudoscorpion I encountered was very docile and given its size, seemed very unlikely to cause harm to a human.

Many people have seen the exaggerated photos and descriptions emailed around from soldiers in Iraq that encountered ‘camel spiders’ or ‘sun spiders’.  Less people are aware that these creatures are arachnids of the order solifugae and not spiders at all.  Despite how intimidating these animals are made to seem, they’re mostly quite harmless.  There are more than 1,000 species of solifugids in 153 genera, occupying semi-arid and desert regions in all continents except Antarctica and Australia.

Acariformes is a super order of arachnids that are widely detested but rarely acknowledged as arachnids: a group of mites.  There are over 32,000 described species of mite in this super order.  There are 10 families of mites that are free living, non-parasitic but many of the other species are parasitic to plants.  Orabatid mites are ingested by poison dart frogs and are the actual source of their alkaloid toxins.  In captivity, poison dart frogs quickly lose the protective toxins found in their skin without their diet of mites.

One of my favorite arachnid group is the vinegaroons of the order thelyphonida.  Vinegaroons look mostly like scorpions, again without the stinger embellished tail.  What makes vinegaroons special is the ability to shoot acetic acid if attacked by predators.  Mostly vinegaroons hunt at night, preying on a number of arthropods including centipedes.

The order Amblypygi commonly known as the tail-less whip scorpion is not a scorpion at all.  The animal is large, and encountered at night on a trail in the South American forest as I’ve seen them, it is intimidating.  Amblypygians are completely harmless to humans but have huge predatory appendages that look like horned claws but are actually mouth parts known as pedipalps.  Appearing black at first, many Amblypygians are actually quite colorful, appearing more like the rainbow in an oil slick than one color on closer inspection.  The order is entirely found in the tropics, so if you find them creepy, don’t worry about them taking over the Subway in New York or a ranch in Montana.  Amblypygians hunt at night and often live in caves which they venture out of at dark to prey upon other arthropods.

Harvest Men, or Daddy Long-legs of the order Opiliones are often a childhood favorite as many people learn of their harmlessness to humans and are charmed by their long legged beauty.  The diversity and wildness of form of Opiliones can only be glimpsed in the tropics.  I’ve seen a harvest man be-decked in spikes holding a caterpillar in his jaws on a dewy leaf in the Ecuadorian night and been startled by the fierceness of the savage little hunter.

Beyond the orders I’ve talked about, there are ticks, microscorpions, the order Schizomida, hooded tick spiders and an abundance of extinct orders to explore.  That’s not mentioning all of the families, genera, species and subspecies of arachnids to consider.  Look around you, the world is filled with arachnids, quietly hunting and eating insects, living with us, with plants.  Everywhere you go (outside Antarctica) you are in a world quietly held together by arachnids among other tiny creatures.