Arctic fires are changing, and the climate impacts could be devastating • Earth.com 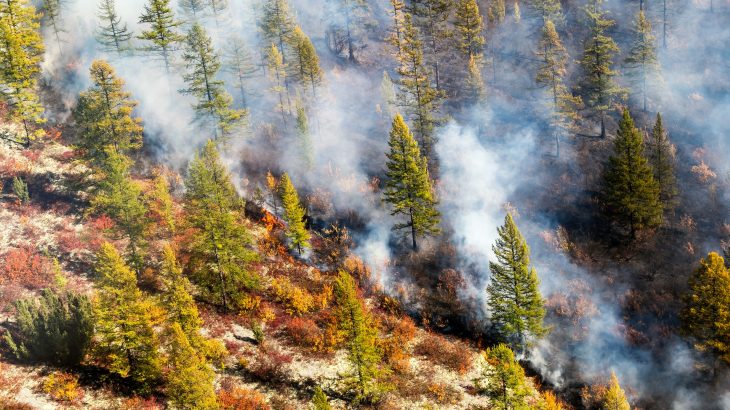 The dynamics of Arctic fires are changing, and there will be consequences for the global climate, according to a new study. The researchers have identified two new features driving fire activity in the Arctic: “zombie fires” and the burning of fire-resistant vegetation.

The 2020 Arctic wildfire season began two months early, and the fires spread so far north that some even bordered sea ice cover. Study co-author Dr. Merritt Turetsky is a fire and permafrost ecologist at the University of Colorado Boulder.

“It’s not just the amount of burned area that is alarming,” said Dr. Turetsky. “There are other trends we noticed in the satellite data that tell us how the Arctic fire regime is changing and what this spells for our climate future.”

The scientists identified two new features of Arctic fires, including the prevalence of holdover fires, or zombie fires. In the Arctic, flames from a previous season can smolder in peat underground over the winter, and then re-ignite on the surface as soon as warm weather arrives in the spring.

“We know little about the consequences of holdover fires in the Arctic, except that they represent momentum in the climate system and can mean that severe fires in one year set the stage for more burning the next summer,” said Dr. Turetsky.

The researchers also noted that there are fires across tundra that was historically resistant to fire. As tundra in the far north becomes hotter and drier, fires are igniting in unexpected places, such as in grass, moss, and even in surface peats. Even wet landscapes like marshes are becoming more susceptible to burning.

Satellite and remote sensing tools have allowed the UC Boulder team to track Russian Arctic fires in real time. Fire activity stood out as particularly extreme in 2019 and 2020, when flames erupted well above the Arctic Circle – a region that does not usually experience large wildfires.

More than half of the fires detected in Siberia this year were north of the Arctic Circle on permafrost that locks in enormous amounts of carbon from ancient biomass. This could have serious implications for climate change, as current models do not account for the rapid thaw of these environments and the methane and other greenhouse gases that they release.

“Nearly all of this year’s fires inside the Arctic Circle have occurred on continuous permafrost, with over half of these burning on ancient carbon-rich peat soils,” said study co-author Dr. Thomas Smith. “The record high temperatures and associated fires have the potential to turn this important carbon sink into a carbon source, driving further global heating.”