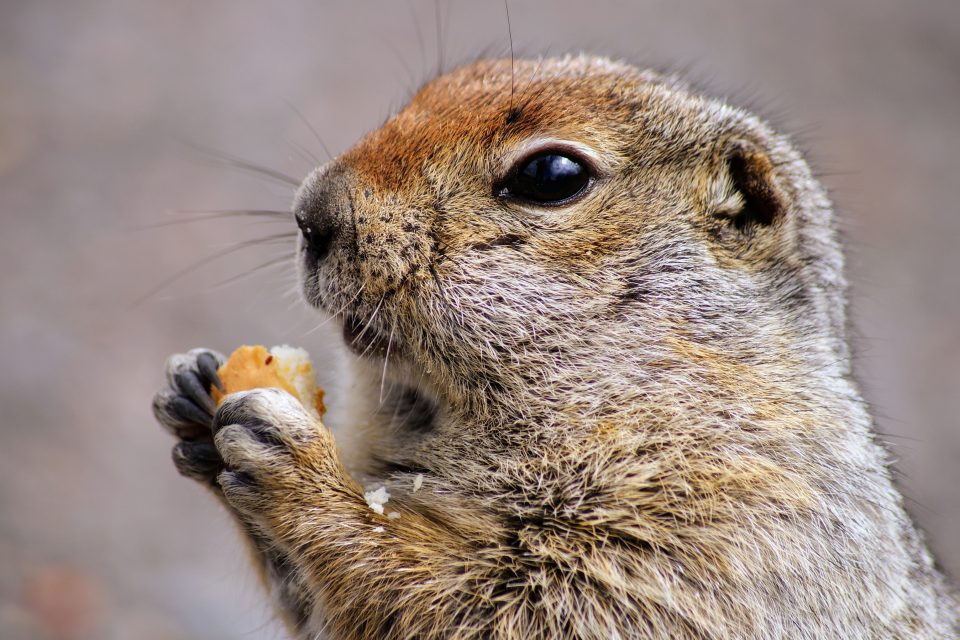 The muscles of the ground squirrels slowly break down in temperatures just above freezing. During this process, the animals manage to convert the nitrogen that is released into amino acids. The squirrels use these amino acids to produce protein in tissues such as lungs, kidneys, and skeletal muscle. Arctic ground squirrels recycle their own nutrients

The findings may ultimately help to unravel some of the biggest mysteries of hibernation, providing new insights in human medicine. Scientists have long been intrigued by the body chemistry of

Arctic ground squirrels take hibernation to the extreme. They slow their metabolism and cool their bodies down to subfreezing temperatures for up to eight months out of the year. During this time, the squirrels breathe just once per minute.

Yet despite going so long without food or water and barely even breathing, hibernating ground squirrels are uniquely resilient to muscle loss and long-term cellular damage. This makes the animals very intriguing to scientists.

“They’re just this extreme hibernator, and during the time they hibernate they don’t eat, they don’t drink, and they don’t have any underlying injuries to their bodies,” said study lead author Sarah Rice, who is a PhD student at UAF’s Institute of Arctic Biology.

Experts had previously found evidence that hibernators recycle urea, a waste product that is excreted in urine. Researchers had also speculated that hibernating animals recycle nitrogen to retain their body tissue during extreme fasting. The new study has confirmed this theory for the first time.

Understanding more about the body chemistry of hibernating animals could contribute to a variety of potential medicines for humans, including treatments that could help heal traumatic injuries or those that would prevent muscle loss in cancer patients and the elderly.

Rice said that by analyzing how hibernators keep themselves healthy, the approach offers a different perspective than therapies that often focus on overcoming and treating injuries. “It’s fun to kind of turn that idea on its head. Instead of studying what goes wrong in the world, it’s important to study what goes right.”