2019’s Arctic sea ice extent is at its the seventh lowest ever • Earth.com 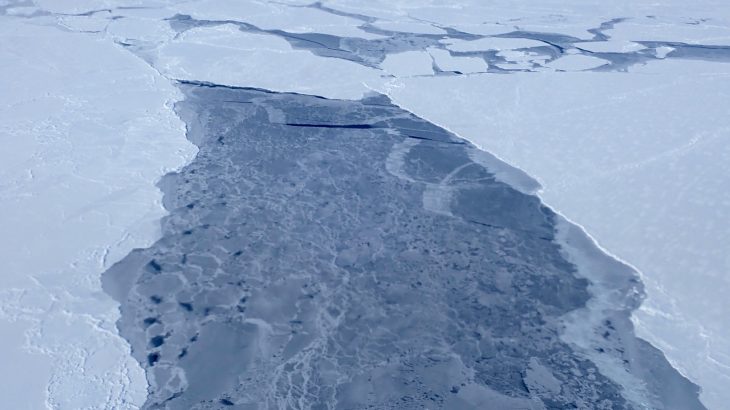 According to NASA and the National Snow and Ice Data Center, the Arctic sea ice has reached its wintertime extent after building up over the fall and winter months. And perhaps unsurprisingly, the 2019 Arctic ice extent is tied with 2007’s as the 7th smallest extent of all time.

The 2019 maximum extent peaked at 5.71 million square miles — a measure 332,000 square miles below the 1981 to 2010 average maximum. Scientists note that the missing area of ice is an area a bit larger than the entire state of Texas.

The yearly extent of sea ice in the Arctic is usually measured between late February and early April. The final measurement is taken after the ice has spent the fall and winter months freezing, thickening, and expanding across the Arctic Ocean. This measurement has been dropping steadily over the past 40 years. Although 2019’s maximum sea ice extent isn’t as dismal as the near-record lows that we saw earlier in this decade, it’s not a sure sign that the Arctic is rebuilding.

“While this year wasn’t a record low, the maximum extent still points to there being a sustained decline in winter sea ice,” said Melinda Webster, a sea ice scientist at NASA’s Goddard Space Flight Center. “The temperatures in the Arctic were a bit higher than average and we saw a lot of ice loss in the Bering Sea, but nothing this winter was as extreme or dramatic compared to recent years and the record lows.”

In 2018, Ron Kwok, a sea ice researcher with NASA’s Jet Propulsion Laboratory, found that the sea ice pack, the layers of older ice that have held up and remained frozen over the years, is now 70% seasonal ice, the ice that grows during the winter and melts completely in the summer.

“The large changes in ice coverage associated with the loss of the multiyear ice pack have already occurred,” Kwok said. “The seasonal ice now represents a larger fraction of the Arctic sea ice cover. Because this young ice is thinner and grows faster in the winter, it is more responsive to weather and makes the sea ice cover respond differently than before. “

“It’s not that we won’t see new wintertime or summertime record lows in the next years — it’s just that the variability is going to be higher,” Kwok concluded.