Arctic warming reveals moss that had been covered for 40,000 years • Earth.com 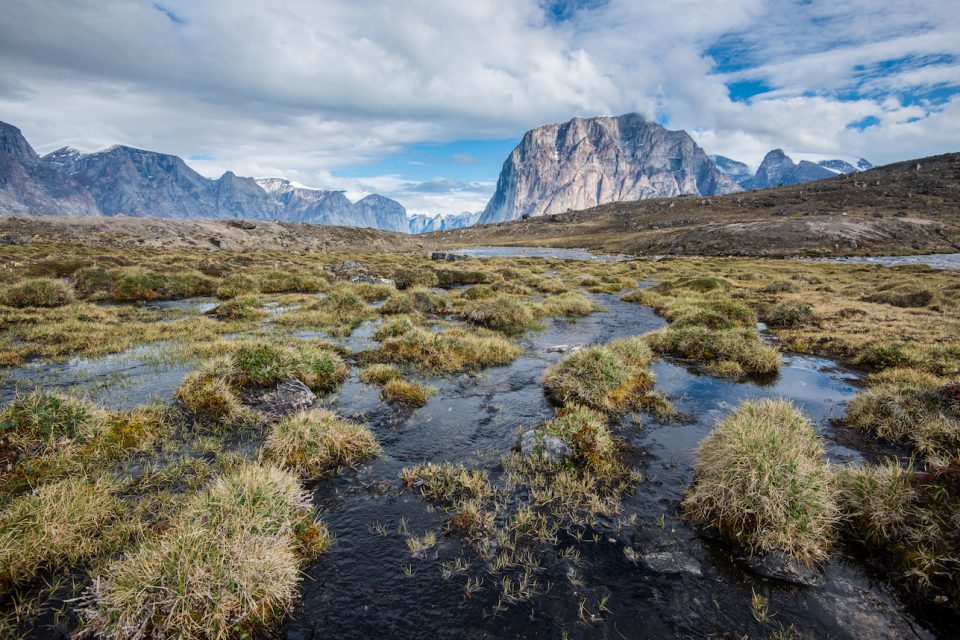 Arctic warming reveals moss that had been covered for 40,000 years

Warming in the Canadian Arctic has revealed mossy vegetation that has spent the last 40,000 years covered in ice.

Researchers from the University of Colorado, Boulder discovered that glacial retreat on Baffin Island has revealed a landscape that hasn’t been ice-free since the Stone Age.

The region hasn’t been this warm in over 115,000 years, according to the researchers, and a study of the newly exposed Baffin plants has illustrated the drastic impacts of climate change in the vulnerable Arctic.

“The Arctic is currently warming two to three times faster than the rest of the globe, so naturally, glaciers and ice caps are going to react faster,” said Simon Pendleton, the lead author of the study.

Baffin is a large island west of Greenland, and the summers have been getting warmer and warmer over the years in the area.

The cold climate and icy terrain have kept ancient moss and lichens preserved for thousands of years, but retreating glaciers have allowed researchers to collect and analyze some of the newly exposed vegetation.

The researchers collected 48 plant samples from 30 different ice caps on the island and sampled quartz at each site. Carbon dating was then used to figure out the exact age of the plants and the researchers discovered that the plants had spent the last 40,000 years safely encased in ice.

The researchers also compared temperature data from Baffin and Greenland ice cores to better understand how much the climate has shifted.

“We travel to the retreating ice margins, sample newly exposed plants preserved on these ancient landscapes and carbon date the plants to get a sense of when the ice last advanced over that location,” Pendleton said. “Because dead plants are efficiently removed from the landscape, the radiocarbon age of rooted plants define the last time summers were as warm, on average, as those of the past century.”

Glacial retreat is a reliable measurement of climate change. On Baffin, the receding glaciers illustrate how much warmer the summer months have gotten over the years. The researchers say that the island could be completely ice-free in the next few centuries.

“You’d normally expect to see different plant ages in different topographical conditions,” Pendleton said. “A high elevation location might hold onto its ice longer, for example. But the magnitude of warming is so high that everything is melting everywhere now. We haven’t seen anything as pronounced as this before.”