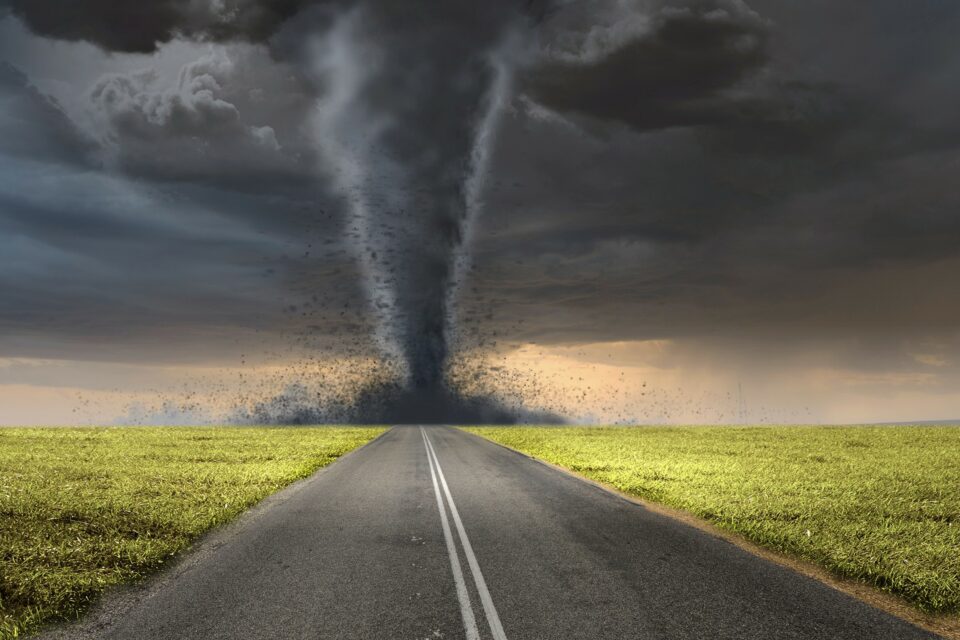 Although many people think that waiting out a tornado under an overpass is safe, a large number of meteorologists and emergency workers claim that doing so could in fact increase the risk of death. According to the National Weather Service, the wind from a tornado will accelerate as it flows under the overpass, in what is known as the “wind tunnel effect.”

However, in a new experimental study published in the journal Physics of Fluids, a research team led by the University of Rhode Island found no evidence of such acceleration patterns. By performing experiments using a scaled model of an overpass and a large fan drawing air through the tunnel at a speed of about 130 miles per hour, the researchers examined the pressure, velocity, and force fields of tornado-strength winds surrounding an overpass.

The scientists examined locations immediately above the overpass, immediately below it, between the I-beams, and at the center of the travel lane under the overpass. They performed velocity and pressure measurements at each of these locations, while the overpass was gradually rotated from 0 to 90 degrees. They also measured lift and drag forces.

According to their results, no wind tunnel effect has been found. “However, that doesn’t mean the effect doesn’t take place at all. It just didn’t take place in the locations that we focused on,” said study co-author D.M.L. Meyer, a mechanical engineer at the University of Rhode Island. “More data and analyses are needed to determine how complex tornado-strength winds interact with the environment underneath an overpass, and our paper provides a start.”

Even if a wind tunnel effect will not emerge, an overpass may still be a dangerous place for shelter: winds may not decelerate, and flying debris might reach areas of the overpass that appear to be protected from the wind.

“In our research, there is no one finding that would suggest one should or should not use an overpass for protection from a tornado as a last-resort shelter area,” Meyer concluded.