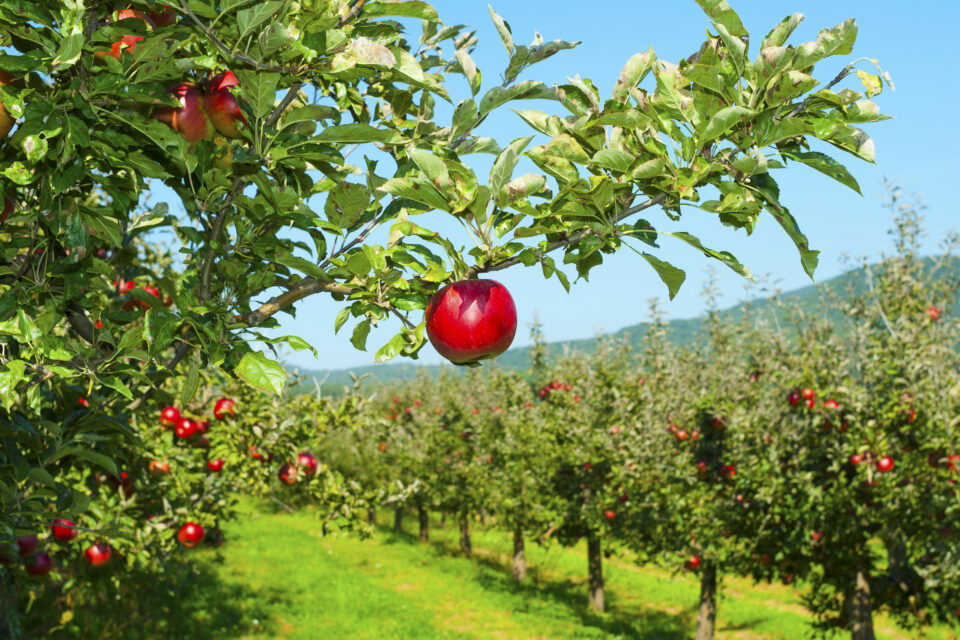 A new study suggests that wells in Connecticut are contaminated by arsenic from pesticide use more than half a century ago.

Much of the land that was once dedicated to fruit orchards has been converted into residential and commercial property. Regardless, researchers at the University of Connecticut and Eastern Connecticut State University have now found a strong correlation between arsenic contamination and proximity to historic orchards.

In the 1930s, the state was home to about 47,000 fruit orchards that were heavily treated with lead arsenate-based pesticides through the 1950s.

The study revealed that the closer a well is to the location where fruit trees were once raised, the greater the likelihood of finding arsenic.

Study co-author Professor Gary Robbins explained that the research project started with a request from the state Department of Energy and Environmental Protection (DEEP) in 2013. The team has since been investigating groundwater contamination to trace the source of contaminants.

The researchers were asked to survey wells for arsenic in eastern Connecticut starting in Lebanon. The project was led by Dr. Meredith Metcalf, who collected water samples from hundreds of homes around the eastern half of the state

Overall, the experts analyzed over 100 wells and 189 orchards, using soil samples to look for the presence of lead and arsenic.

“After sampling, we looked at the distribution and possible sources of arsenic that caused the groundwater contamination, because a significant percentage of wells were contaminated and many of those were above the EPA drinking water standard,” said Professor Robbins. “The issue that came up is, Where is this all coming from?”

He explained that initially, it was suspected that arsenic-rich geologic formations could be the culprits. But when the researchers investigated historic uses of arsenic, they found that arsenic-based pesticides were widely used from the late 1800s until the 1950s, when DDT became popular.

During this time frame, tens of millions of pounds of arsenical pesticides were applied every year in the United States, according to the study authors. Lead arsenate pesticides were not fully prohibited in the country until 1988.

Study lead author Dr. Mark Higgins, a hydrogeologist at Haley & Aldrich, Inc. who maintains a research affiliation with UConn, found a report listing all the registered farms and agricultural lands in Connecticut in 1935. There more than 47,000 individual fruit orchards documented, including peach, pear, and apple trees.

“These pesticides would be sprayed on all fruit trees to kill the pests like gypsy moths up to six times a year in some cases,” said Dr. Higgins. He explained that heavy application rates, coupled with the fact that lead and arsenic can travel quite slowly through the ecosystem, is a combination that makes for long-lasting remnants of the poisons

When the researchers analyzed soil cores down to three feet at the orchard sites, they found high levels of arsenic persisting. They said it was more than one would expect for 50 to 60-plus years after these pesticides were applied. “It is unlikely that they’re migrating downward into the water anymore and are probably immobile.”

Dr. Higgins pointed to recent studies which show that certain compounds (like phosphate-containing fertilizers) can alter environmental conditions and begin to mobilize previously immobile contaminants in the soil.

In other areas of the state, domestic wells are in close proximity to both historic orchards and arsenic-rich geologic formations, and this poses additional challenges to determining the source of the contamination, said Dr. Higgins.

“How do we definitively say the contamination came from one or the other or both? We need these additional lines of evidence.”

With this paper, we have a strong dataset as far as the numbers of orchards. With additional funding and data from a larger area, I think it will be telling of whether it’s coming from the orchards or not, and how it is getting into the wells.”

“It is important for people in these areas to know, because arsenic at these concentrations is not something that will make you sick tomorrow or in 10 years. But if you’re drinking this low-level arsenic for 30 years, there are likely health risks from chronic exposure to this known carcinogen.”

The study is published in The Journal of Environmental Quality.