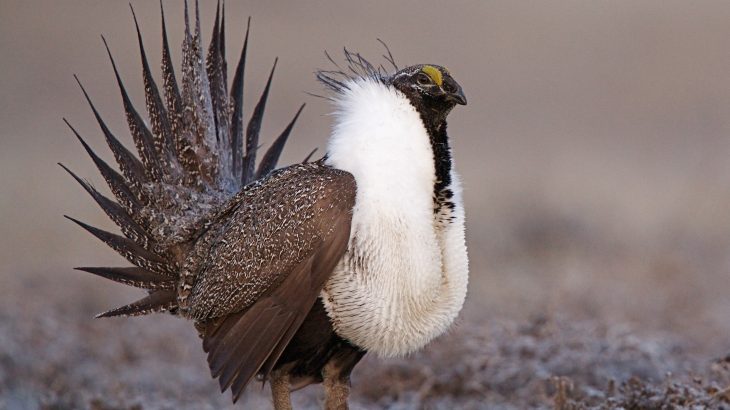 In yet another push to promote fossil fuels over the environment, David Bernhardt, the new Secretary of the Interior, is loosening restrictions on sage grouse in favor of oil and gas drilling.

The ground-nesting bird is found in the western United States, and protections would be stripped from almost nine million acres of public land across Oregon, Colorado, Idaho, Utah, Wyoming, Nevada, and some parts of California.

The move is certainly in character for the Trump administration and falls in line behind a series of rollbacks and regulation changes that prioritize the economic gains of oil, gas, and fossil fuel emissions.

“The plans adopted today show that listening to and working with our neighbors at the state and local levels of government is the key to long-term conservation and to ensuring the viability of local communities across the West,” Bernhardt said in a statement on Friday.

Bernhardt, a former oil lobbyist, has been driving for sage grouse protections to be lifted as part of an effort to overhaul the Endangered Species Act, which was first established in 1973. Those in favor of limiting the Wildlife Protections law say that it does not do enough to factor in economic impact.

Environmentalists are critical of the Trump administration’s rollbacks and this new plan to drill where sage grouse nest is no exception.

“As part of its ongoing campaign to hand over public lands to fossil fuel companies, this administration is rolling back sage grouse protections that many stakeholders created together through a long and deliberative process,” House Committee on Natural Resources Chairman Rep. Raul Grijalva, told CNN. “It seems clear that Acting Secretary David Bernhardt’s clients stand to gain more than anyone else from this revision.”

Only 1.8 million acres will keep their designation as “sagebrush focal areas” in Oregon and Montana, a move that could cause critical declines in sage grouse populations.

“By punching oil-rig-sized loopholes through these plans, the administration will drive the sage grouse closer to an endangered species listing,” Jesse Prentice-Dunn, policy director for the Center for Western Priorities, told the New York Times.