South African artifacts may be among the earliest hunting tools • Earth.com 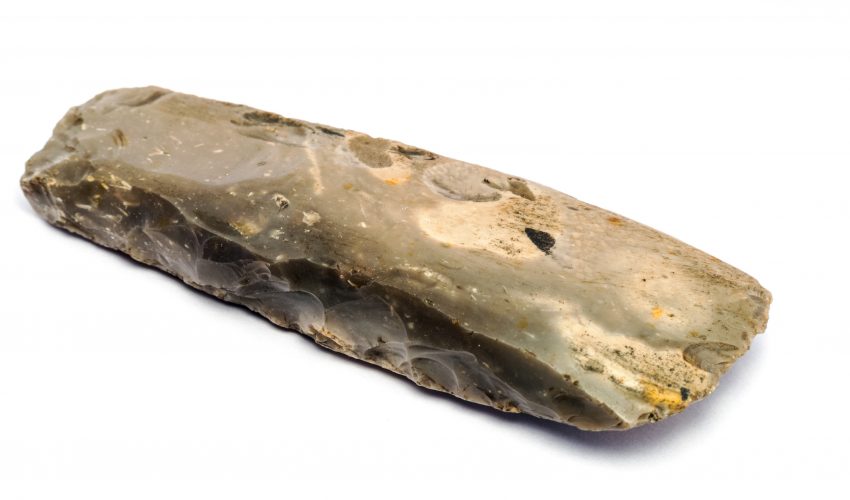 South African artifacts may be among the earliest hunting tools

The Middle Stone Age is a part of human prehistory between the Old Stone Age and the New Stone Age characterized by unprecedented innovation and cultural diversity. It is believed that humans progressed from scavenging to hunting during this time. Archaeological evidence gives insight into the evolution of tools during the Middle Stone Age.

It is known that heat and pressure techniques were used in early stone knapping, but the exact time and location of this development is unclear. The implementation of these techniques enabled the creation of projectile weapons. Researchers conducted a study on weapon fragments found in a South African cave to establish a more precise timeline of the advancement of stone tool technology.

The team, led by Veerie Rots of the University of Liege, analyzed the remains of 25 stone weapon point fragments that were obtained from a dig site at Sibudu Cave in South Africa. The artifacts were compared to weapons made by an experienced stone knapper.

The researchers discovered the artifacts had serrated edges that were most likely created using a process called pressure flaking. Pressure flaking was a more efficient way of applying force to finish the shape of the hunting tools than had been previously utilized. Some of the stone weapons had two faces, indicating that pressure had been applied to both sides.

Over half of the artifacts showed evidence they had been used for hunting, such as small traces of animal residue. Damage to some of  the weapon points suggested they had been projected from a distance and struck targets. Meticulous examination of the stone fragments also showed indications that the stone points had been attached to a handle or strap. This would have formed a projectile weapon that could be launched with a tool such as a bow.

The study, published in PLOS ONE, ultimately dated the use of pressure flaking as far back as 77,000 years ago. The experiment revealed south African humans were using advanced stone knapping techniques during the Middle Stone Age that likely enabled them to create early projectile weapons. Further research is needed to accurately document the progression of stone tool technology in the Middle Stone Age.