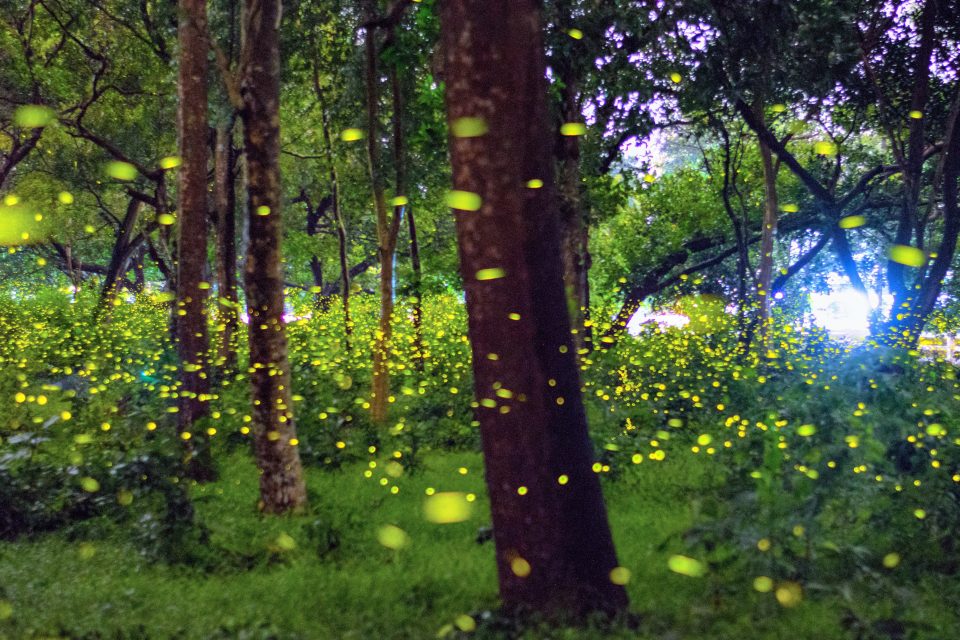 In a new study published by Wiley, experts have found that artificial light at night interferes with the courtship and mating of bioluminescent fireflies.

“Over the past century, widespread adoption of increasingly inexpensive and intense lighting technologies has significantly brightened urban and suburban environments, road networks, biodiversity hotspots, and even protected areas,” wrote the researchers

“Artificial light at night (ALAN) significantly impacts the fitness of diverse nocturnal, crepuscular, and diurnal taxa – primarily by disrupting their orientation in space and time and by making it difficult for them to visually recognize predators, prey, or conspecifics.”

According to the experts, bioluminescent insects that communicate through glowing lures, warning signals, or courtship displays may have their signals obscured by artificial illumination.

“Previous research has demonstrated that broad spectrum white light inhibits the production of courtship advertisements by male firefly beetles, yet the impact of varying wavelengths of artificial light on both members of the courtship dialogue is largely unknown,” wrote the study authors.

“We exposed courting pairs of Photinus obscurellus fireflies to five colors of downwelling illumination, at two intensities, and recorded changes in male flash rate and flash intensity, female responsiveness, and the flash pattern composition of both sexes.”

The investigation revealed that all of the artificial light treatments significantly suppressed courtship activity, but bright amber light had the greatest impact. This indicates that artificial lights with colors similar to firefly bioluminescence may be the most disruptive to firefly courtship.

“It’s definitely concerning, because many ecologically-minded people are pushing the use of amber lights to safely light up streets and parks. But we’re finding that no color of light is safe for fireflies, they need the dark,” said study co-author Avalon C.S. Owens.

The research is published in the journal Insect Conservation and Diversity.