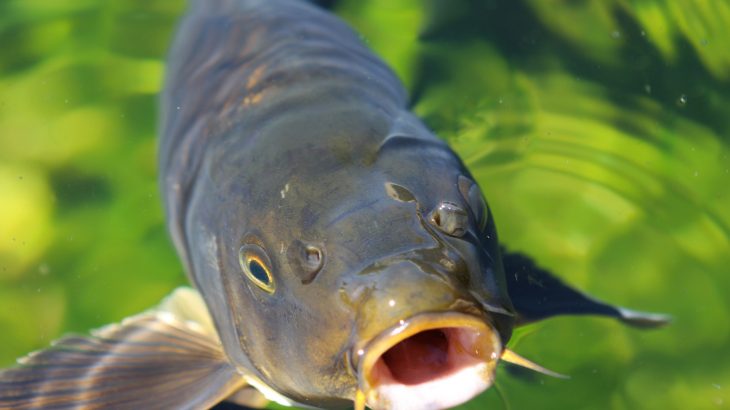 A new modeling study led by the University of Michigan has revealed that Asian carp are capable of surviving in much larger areas of Lake Michigan than what was previously realized. As a result, the invaders present a very high risk of becoming established.

Two Asian carp species in particular, bighead and silver carp, are threatening to cause serious damage to native fish populations across the Great Lakes.

Previous studies suggested that it would be difficult for Asian carp to become established in Lake Michigan due to low food levels. However, these studies overlooked the fact that Asian carp are opportunistic feeders.

While they typically feed on algae and other types of plankton, these invasive species can survive on a wide variety of diets, including dead organic matter called detritus. In Lake Michigan, detritus is abundant in the form of resuspended fecal pellets from countless quagga and zebra mussels on the lake bottom.

Previous research also failed to account for the suitable carp habitat that exists more than a meter below the lake’s surface. The new study revealed that the amount of suitable Asian carp habitat in Lake Michigan is dramatically higher than what previous estimates have shown.

According to study lead author Peter Alsip, the entire extent of Lake Michigan contains suitable bighead carp habitat at certain times of the year. For silver carp, habitat was found to be more limited to nutrient-rich areas close to the shore.

“Subsurface habitat and the fish’s diet flexibility were not evaluated in previous studies, and our findings indicate that these considerations had a noticeable effect on our suitability assessment,” said Alsip. “Lake Michigan’s low supply of plankton may not be as strong a barrier as previously thought.”

The new study showed that the widespread availability of quagga mussel fecal pellets in Lake Michigan will help Asian carp survive as they migrate through plankton-depleted waters and eventually spread throughout the lake. Bighead and silver carp are collectively known to scientists as big headed carp, or BHC.

“The ability of BHC to flexibly feed on phytoplankton, zooplankton and detritus mitigates their risk of starvation – even in offshore waters – and, therefore, increases their probability of establishment,” said the researchers. “Therefore, it seems likely that BHC could survive, establish, and spread to favorable habitat in Lake Michigan and its tributaries despite having to travel across expansive areas with minimal plankton biomass.”

The study is published in the journal Freshwater Biology.