One-third of Asia’s glacier ice will disappear this century • Earth.com 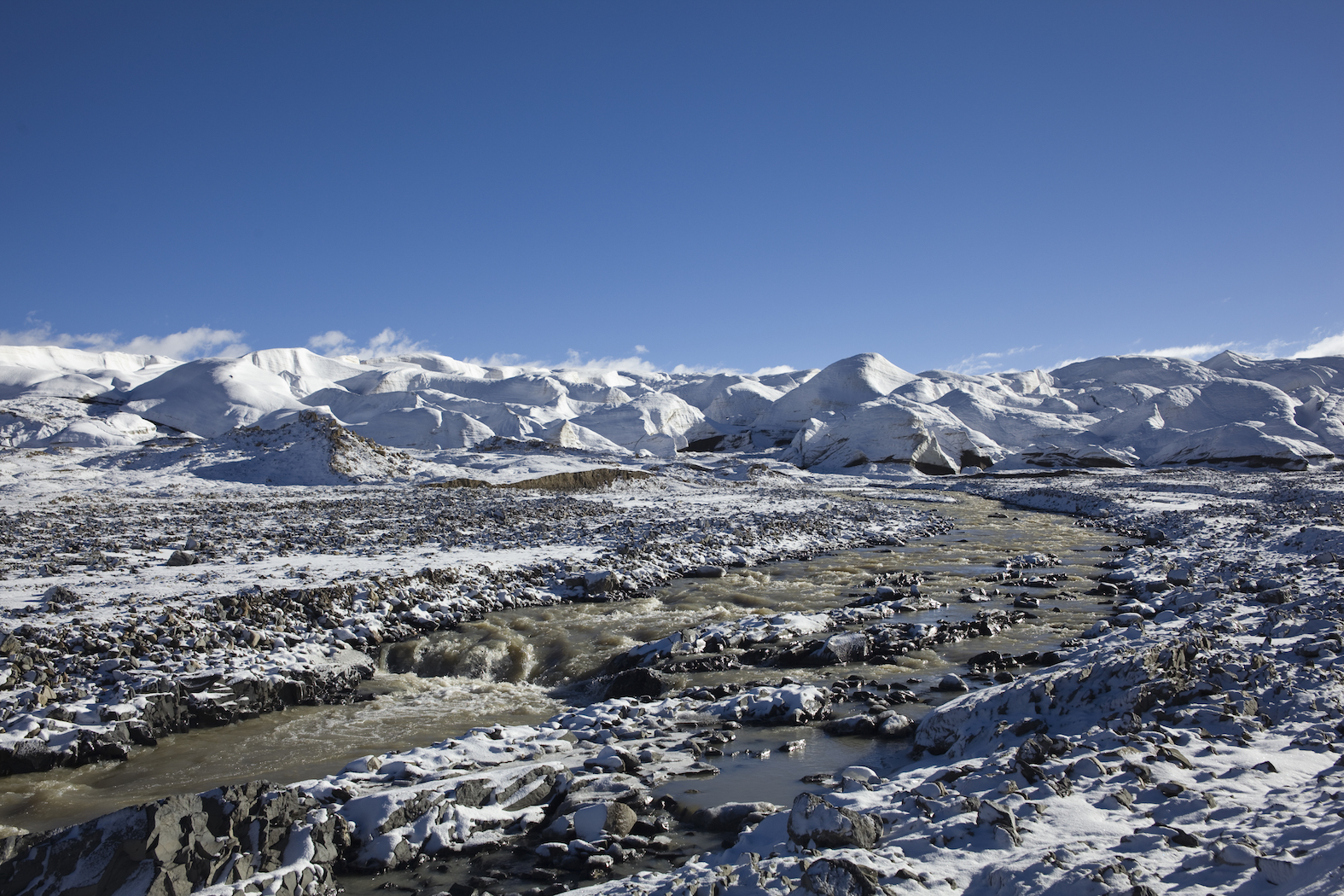 One-third of Asia’s glacier ice will disappear this century

Experts have determined that one-third of Asia’s glacier ice will vanish by the end of the century regardless of the 1.5-degree Celsius global warming target established in Paris. These mountain glaciers contribute to the water supply of millions of people, and losing this amount of glacier mass will have an enormous impact.

Researchers from the Netherlands set out to determine what would happen to the mountain glaciers in Asia if global warming exceeded 1.5 degrees Celsius by the end of the century. Their investigation revealed that climate change at the current rate could diminish the glacier ice by two-thirds.

“These projections have potentially serious consequences for regional water management and mountain communities,” said the researchers. The authors of the study also warned that the 1.5 -degree Celsius goal “is extremely ambitious and is projected by only a small number of climate models.”

Philip Kraaijenbrink is a geographer at the University of Utrecht who led the study.

“In regions where glacier melt water is an important part of the river flow, the retreating glaciers can become a problem,” said Kraaijenbrink. He explained that there are many people depending on rivers such as the Indus and Ganges that originate high in the Asian mountains.

“In these basins, the river water is used for irrigation of cropland, drinking water and for hydropower dams,” said Kraaijenbrink.

Comparisons of over 100 climate simulations showed that Asia’s mountain glaciers often experience temperatures warming at a higher rate than the global average. With the exception of the Kunlun Mountains in China, all of the mountain glaciers examined in the study were losing mass.

The study revealed that the disappearance of glacier ice is nearly proportionate to the amount of warming in this region, with some exceptions. The research is published in the journal Nature.