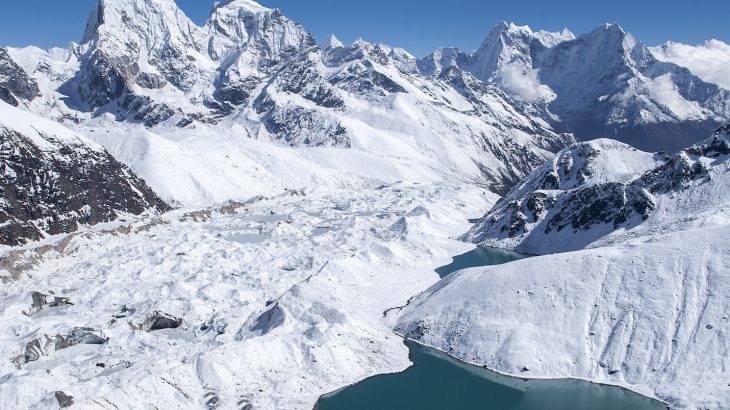 A new study from the British Antarctic Survey (BAS) has found that Asia’s high-mountain glaciers act as a buffer to protect the region from drought.

With these glaciers shrinking in size due to climate change, these findings, published in Nature, have serious implications for surrounding areas susceptible to drought.

“This study is about answering the question — why do glaciers matter?” said lead researcher, BAS glaciologist Dr. Hamish Pritchard.  “Even in high-mountain Asia, they are remote and cover quite a small part of the region. It turns out that they are particularly valuable to society as a natural store of water that keeps the rivers flowing through summer, even through long droughts.”

During drought seasons, Asia’s glaciers step in to become the largest supplier of water to major river basins, and are therefore crucial to those living downstream.

These glaciers release an average 36 cubic kilometres of water (equivalent to 14 million Olympic swimming pools) each summer, which is enough water to fulfil the needs of 221 million people.

However, Dr. Pritchard estimates that climate change is causing the glaciers to lose 1.6 times more water than they gain every year from new snowfall.

“Against a background of increasing drought-related water and food shortages and malnutrition, which have been predicted with high confidence for the coming decades, Asia’s glaciers will play an increasingly important part in protecting downstream populations from drought-induced spikes in water stress — spikes that, without mitigating changes in the way water is stored and used, are the potential trigger for a sudden jump in the price of water that could be profoundly destabilising for this region,” he concluded.