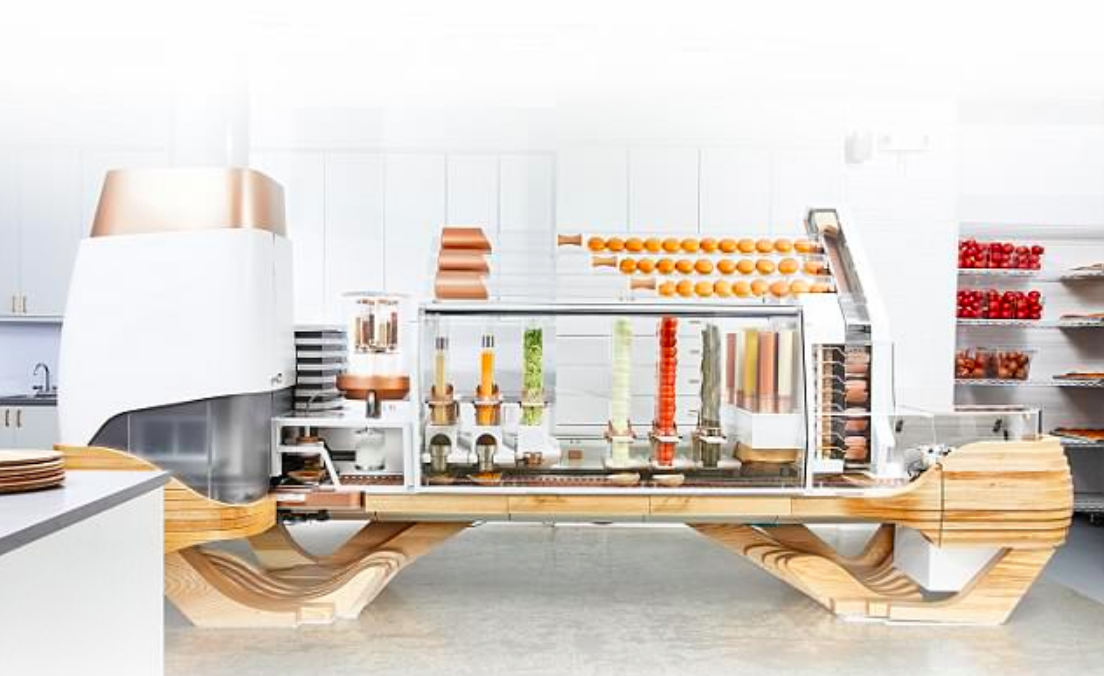 A robot that can customize fresh hamburgers will soon be offering its services to residents of San Francisco. The company behind this undertaking is Creator, which will also be the name of the first-ever restaurant to automate the preparation of any major food from start to finish.

According to Bloomberg, the new 14-foot-long robot consists of 20 computers, 350 sensors, and 50 actuator mechanisms.

The massive culinary tool will deliver an incredibly fresh burger, as it grinds the beef, slices the buns, and grates and melts the cheese on demand. The system will also add any of 12 seasonings and 15 sauces, as well as locally-sourced vegetables, for each individual order.

When the assembly process is completed after around 5 minutes, the burger will travel along a conveyor belt, ready to be served by a human.

Company founder Alex Vardakostas has been working on the concept of a robotic kitchen for many years. He told Bloomberg that when he first started the process of creating the machine over eight years ago, an automated system for making food was not inevitable.

“Now not only is it inevitable, but it also produces a much higher quality product,” said Vardakostas. He explained that the machine can cook burgers and slice vegetables with more efficiency and less risk of contamination compared to humans.

The first storefront to showcase the automated hamburger kitchen is expected to open in San Francisco this September. Despite the use of only natural beef and high-quality ingredients, the price of the burger will be just $6. Creator plans to expand the use of its robotic culinary services to smaller communities as well.