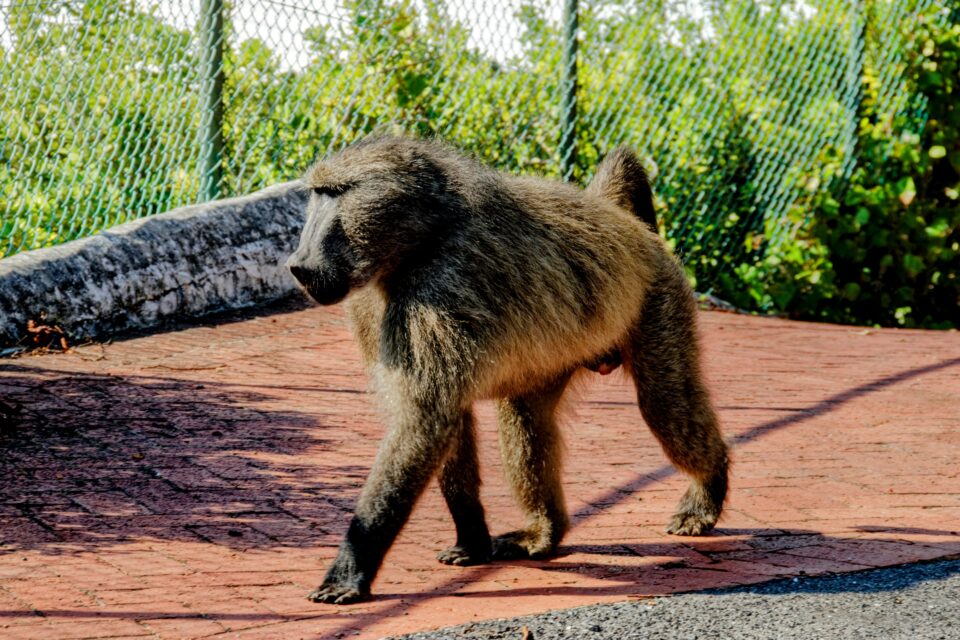 An unprecedented study led by scientists at Swansea University (UK) has used GPS collars to analyze the behavior of a group of baboons living on the edges of Cape Town, South Africa.

“Owing to the challenges involved in tracking the behaviors of many individuals simultaneously, we are only just beginning to understand the collective behavior of wild social groups and know little about whether and how it changes in anthropogenic environments,” wrote the study authors.

“This is an important gap in knowledge given the critical influence collective behaviors exert on group dynamics, individual fitness and social evolution and the increasing spatial overlap between wildlife and humans worldwide.”

The researchers collected GPS data every second to compare the behavior of urban baboons with those in more traditional settings.

The analysis showed that urban baboons were less likely to coordinate their behaviors with each other. Instead, each baboon acted as smaller groups and moved more quickly to escape threats of traffic and obtain high calorie foods.

Even though urban baboons did not coordinate their efforts as much, the same social hierarchy seemed to be in place, with dominant animals having greater influence.

“We expected dominant baboons to have less influence on others’ movements in urban space because the troop social dynamics break down. But we were surprised that the males continued to play an important role,” said study lead author Anna Bracken.

The research is important for baboon rangers, people who work minimizing conflict between baboons and people.

“The baboon rangers are tasked with keeping baboons out of the city, and by focusing on adult males, they indirectly deter most of the group from urban space, because these males tend to be followed,” explained study co-author Professor Justin O’Riain of the University of Cape Town.

Now that the scientists have a basic understanding of baboon collective behavior in cities, where the social cohesion is loose but social hierarchy maintained, they want to use their data to understand why these wild animals move into cities in the first place.

The study is published in Proceedings of the Royal Society B: Biological Sciences