Bacteria in meltwater sediments speed up ice loss in Greenland • 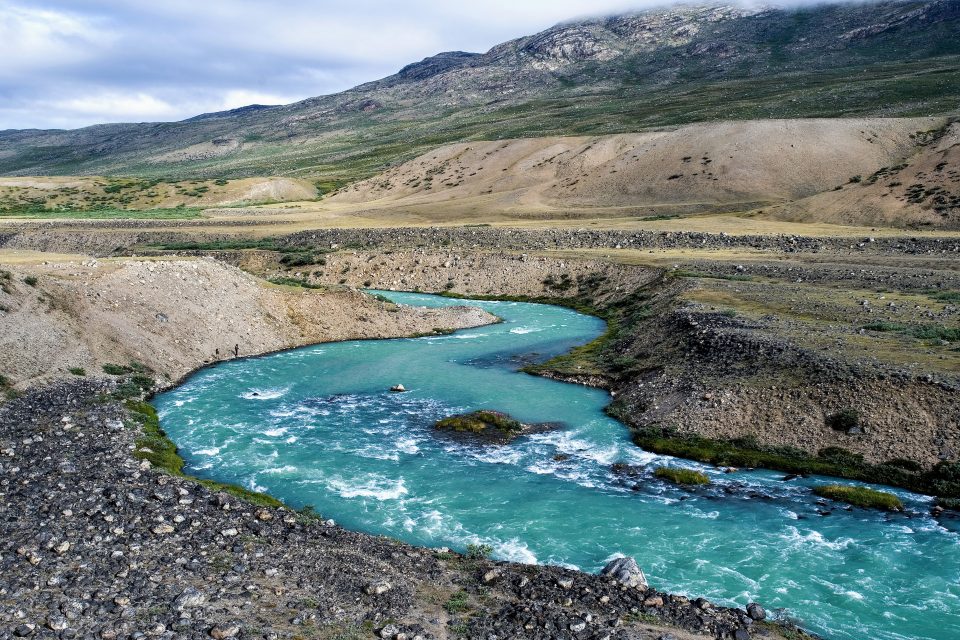 Bacteria in meltwater sediments speed up ice loss in Greenland

Bacteria may be increasing the amount of meltwater on the Greenland ice sheet and ultimately contributing to sea level rise, according to a new study from Rutgers University. The experts report that the microbes cause sunlight-absorbing sediment to clump together and accumulate in meltwater streams.

The scientists say that their findings can be incorporated in climate models for more accurate predictions of melting across the massive island of Greenland.

“These streams can be seen all over Greenland and they have a brilliant blue color, which leads to further melting since they absorb more sunlight than the surrounding ice,” said lead author Sasha Leidman, a graduate student in the lab of co-author Asa K. Rennermalm, an associate professor in the Department of Geography in the School of Arts and Sciences at Rutgers University-New Brunswick. “This is exacerbated as dark sediment accumulates in these streams, absorbing even more sunlight and causing more melting that may increase sea-level rise.”

The Greenland ice sheet is about 656,000 square miles in size, covering most of the island. If all of this ice melted, it would push up the average global sea level by an estimated 20 feet.

The Rutgers team set out to investigate why so much sediment accumulates in glacial meltwater streams. In 2017, the scientists flew drones over a stream in southwest Greenland, took measurements, and collected sediment samples.

The investigation revealed that sediment covers up to a quarter of the stream bottom. This is far more sediment than the estimated 1.2 percent that would be present if organic matter and cyanobacteria did not cause sediment granules to clump together.

The solar energy absorbed by streams likely depends on the health and longevity of the bacteria, and further warming in Greenland may lead to greater sediment deposits in glacial streams, explained the researchers.

“With climate change causing more of the ice sheet to be covered by streams, this feedback may lead to an increase in Greenland’s contribution to sea-level rise. By incorporating this process into climate models, we’ll be able to more accurately predict how much melting will occur, with the caveat that it is uncertain how much more melting will take place compared with what climate models predict. It will likely not be negligible.”