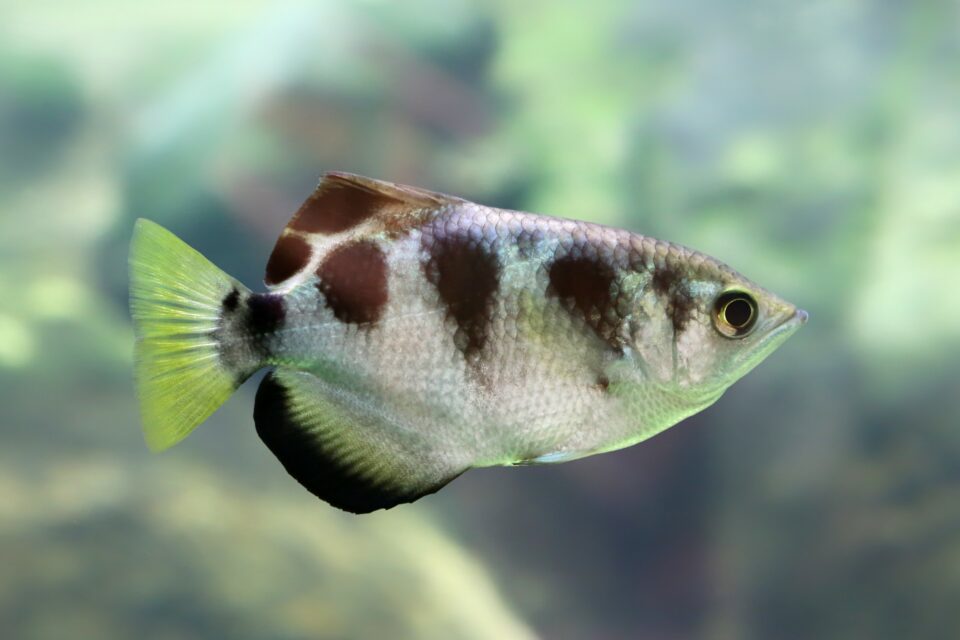 Banded archerfish are capable of counting

A new study led by the University of Trento has found that banded archerfish (Toxotes jaculatrix), a species of fish from Indo-Pacific Asia, are able to distinguish between numbers. This basic, innate sense of numbers is similar to that of many birds and mammals.

“There is a debate regarding the existence of a number sense (in fish), based on the fact that it is empirically impossible to separate numerical information from all other continuous properties at once,” said study lead author Davide Potrich, a cognitive scientist at the University of Trento.

“Several experiments have tried to address this issue, but usually not in a complete way. What is unique in our study is that we controlled for non-numerical variables in the best way possible.”

In order to test whether they could distinguish between numbers, Dr. Potrich and his colleagues placed banded archerfish in tanks beneath monitor screens which displayed two sets of dots. Repeatedly showing the fish one set of three dots and one of six dots, the researchers succeeded in training the archerfish to consistently pick one of the sets by spitting water jets on the computer screen (a trick the archerfish use to snare prey).

To ensure that other factors such as the elements’ size, the overall area and perimeter, or the density and sparsity of the dots were not influencing the fishes’ decisions, the scientists developed software that randomly changed the dots size, their arrangement, and other details for each individual test.

The findings were striking: regardless of these variations, the fish were still able to distinguish between the numbers, showing a remarkable ability for “spontaneous use of abstract numerical information,” as the study authors put it.

Interestingly, when different sets of numbers were presented, the fish tended to default to picking the largest or smallest number (depending on their previous training), rather than their usual number. They did this around three-quarters of the time.

Thus, if trained to pick six over three, the fish would generally pick nine over six or eight over four, when presented with these different choices. Although more research is needed, these findings may suggest that archerfish have the capacity to instinctively understand which numbers are bigger than others, and in what relationship with each other different numbers are.

A preprint of this article, which has not yet been peer-reviewed, can be found in the bioRxiv repository.