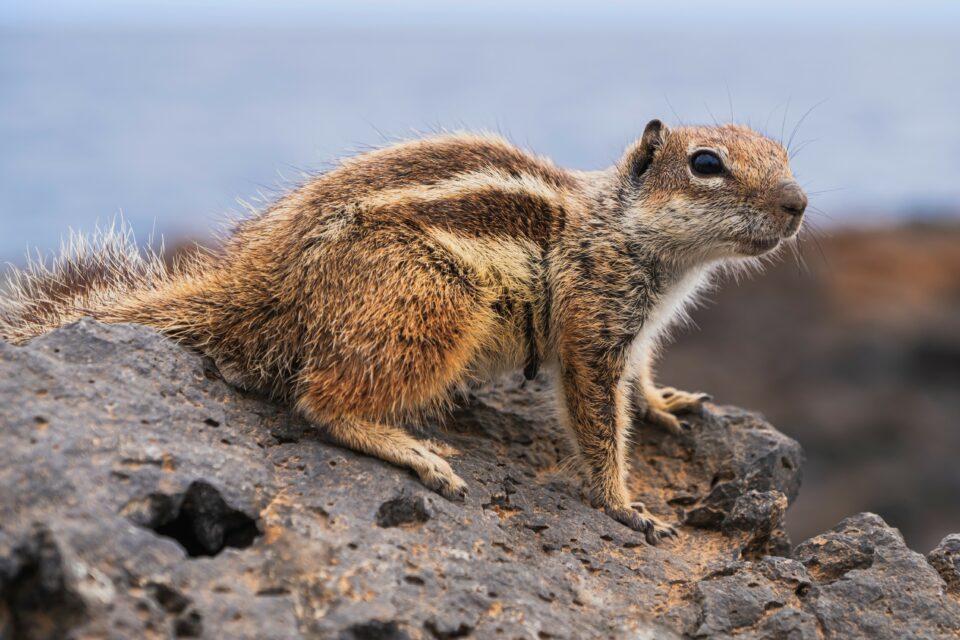 New research published in the journal Behavioral Ecology and Sociobiology has found that ground squirrels living off the coast of Africa keep watch together to defend against predators. This strategy, called “synchronous vigilance,” is different from that of other animals such as meerkats who take individual turns standing watch.

An international research team led by Dr. Annemarie van der Marel, a postdoctoral researcher at the University of Cincinnati, spent three winters studying the behavior of Barbary ground squirrels, an invasive species that was introduced to the Canary Islands from Morocco. These bushy-tailed rodents live in colonies and take shelter underground in a complex network of burrows.

“They’re pretty cute. People had them as pets and that’s how they were introduced to the Canary Islands in 1965,” said Dr. van der Marel. “I looked at whether and why they were social. I began studying the strategies for how they evade predation and increase survival. That’s how I got to the question of the synchronous vigilance of the species.”

Unusual for ground squirrels, the Canary Island populations seem to be as comfortable in trees as on the ground and prefer high vantage points from which to scan their surroundings. They face daily threats from predators such as buzzards, common kestrels, or even domestic cats.

“When they forage, they’re most vulnerable,” explained Dr. van der Marel. “So the squirrels have to balance the time spent foraging and being vigilant. Their main defense mechanism is being watchful and alerting other group members to escape predation.”

The scientists found that squirrels’ extended vigilance does not affect their survival rates and gives them sufficient time to forage for food in order to remain in good physical condition.

“There are plentiful resources and less predation pressure, so they don’t have to forage as much,” Dr. van der Marel concluded.