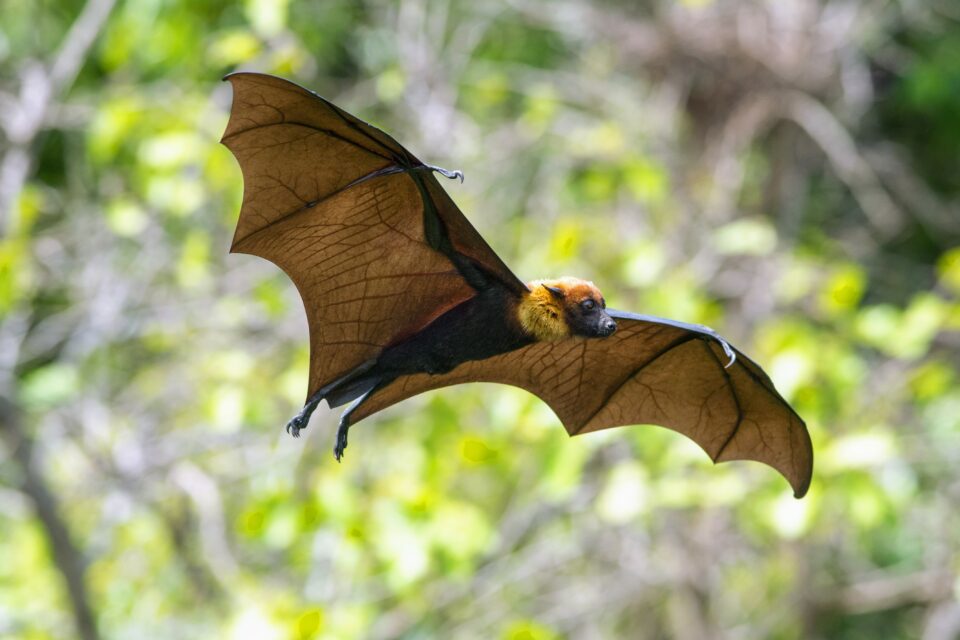 A new study led by the University of California, Davis has found that the brains of Egyptian fruit bats (Rousettus aegyptiacus) are highly specialized for echolocation and flight, with motor areas of the cerebral cortex that are involved in sonar production and wing control. While previous theories of motor cortex organization have assumed that muscles are represented individually in the motor cortex, this study has found clear evidence that cortical brain areas represent common synergies of muscles across diverse body regions rather than individual muscles.

Egyptian fruit bats are unusual among bats because they use their tongue rather than larynx to echolocate. Thus, they have precise motor control of their tongues and are able to aim sonar beams in various directions by manipulating their tongues within their mouths, without needing to move their heads.

Through similar methods, the researchers have also investigated how these bats’ brains organize their flight. Since a bat’s wing is composed of membranes spreading across its forelimbs, hindlimbs, and tail, moving any of these body parts can affect wing shape and consequently change the path of flight.

The scientists found that, while very few areas of the bats’ motor cortex represented forelimb movement alone, most of the cortex represented synergistic movements that involved both forelimbs and hindlimbs. These findings reflect the fact that when bats fly, the power for wing movement comes from shoulder muscles, while the fine adjustments that are necessary for flying emerge from complex coordinated movements of both shoulder and hindlimb muscles.

However, some areas of the cortex did seem to produce movements of the hindlimb muscles alone. These brain regions are likely involved in bats’ locomotor behaviors, such as “walking” around in trees by gripping branches with their hindlimbs.

Study senior author Leah Krubitzer is a neuroscientist at UC Davis studying the brain organization of a wide variety of mammals, including rodents, primates, opossums, and tree shrews. According to Krubitzer, comparing the brains of various animals could shed more light on the structure and functioning of the human brain too. “When we can look across species, it becomes a really powerful approach for making extrapolations to the human condition,” she concluded.