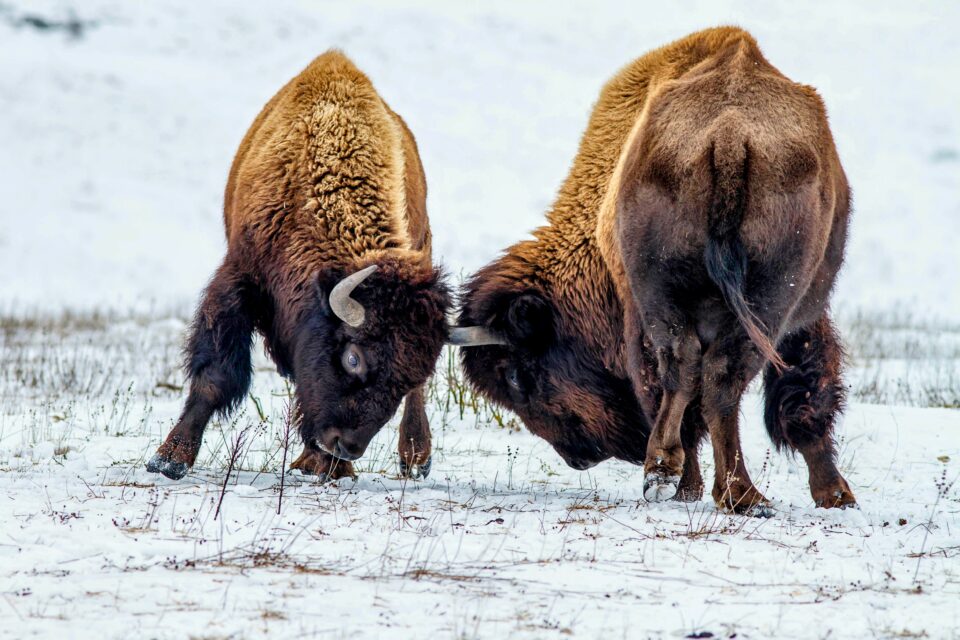 A recent study published in Acta Neuropathologica has found evidence that some headbutting animals suffer traumatic brain injuries (TBI). This evidence suggests that experts can study the brains of these animals to help understand and treat human brain injuries.

Scientists at the Icahn School of Medicine at Mount Sinai studied headbutting animals because they are known to engage in head-on head collisions for reproductive access and high social ranking. Furthermore, these animals’ brains are more relevant to study than previously studied rodent brains, said the researchers.

“One of the difficulties of TBI research is that most of it is performed on smooth, rodent brains. We thought that studying the brains of ramming bovids might provide a better model for understanding TBI in humans,” explained study senior author Dr. Patrick R. Hof.

The study had a small sample size that included three musk oxen, four bighorn sheep, and one bison. The researchers analyzed the brains of the animals by scanning them and then treating slices of the brains with antibodies that allow doctors to detect TBI in humans.

Although the brains looked normal and scans revealed no damage, the experts detected damage in the bighorn sheep and musk oxen once they exposed the brain slices to antibodies and put them under microscopes.

“The fact that we detected these antibodies was important. It suggested that the brains of these animals, especially the muskoxen, sustain TBI-like damage,” said study lead author Dr. Nicole Ackermans.

“This pattern is sometimes seen in the brains of people who suffer from CTE. Our results open the possibility that these animal’s brains undergo chronic, repetitive damage, as seen in some TBI patients.”

Despite the small sample size and unexpected results, the researchers are keen to continue exploring how headbutting bovines can be used to expand treatments for traumatic brain injuries.