Bats have brains that synchronize when they socialize • Earth.com 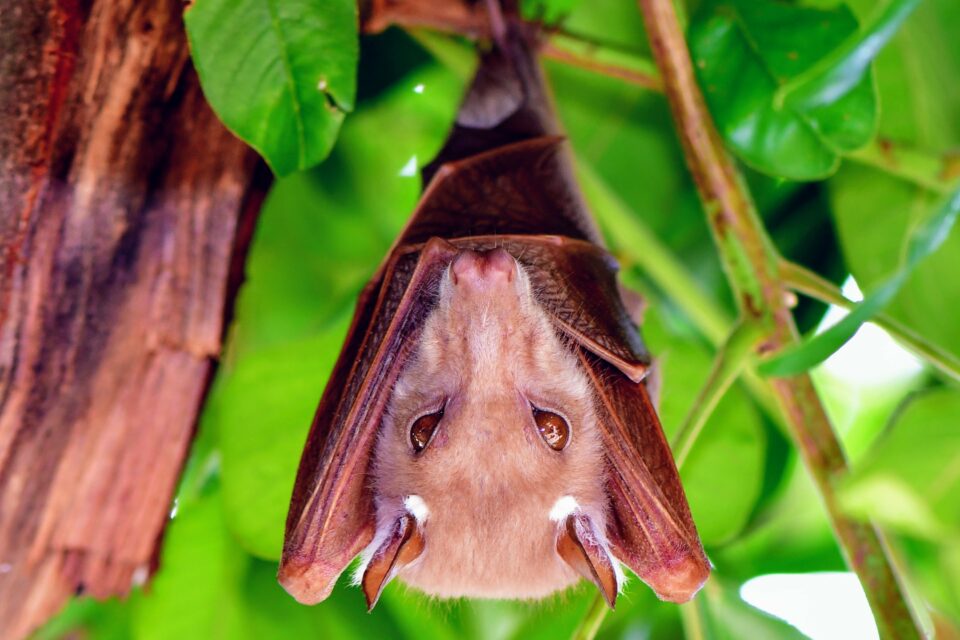 Bats have brains that synchronize when they socialize

A new study published in the journal Science investigated how the brains of Egyptian fruit bats process complex group interactions. The researchers found that, within individual brains, different sets of neurons were used to distinguish between vocalizations made by oneself and others, as well as among different individuals in the group. Across the brains of multiple bats, vocalizations often elicited neuronal synchronization patterns that remained stable over weeks of interaction.

Egyptian fruit bats are highly social creatures, passing the daylight hours packed together with hundreds or thousands of other bats into tight caves or crevices. During these hours, they vocalize to squabble over food, mating partners, or sleeping spaces.

“These bats are very long-lived – they live about 25 years – and basically their entire lives are spent in this group social living. So, the ability to live together in a group and communicate with each other is an inherent feature of their lives,” explained senior author Michael Yartsev, an assistant professor of Neurobiology and Bioengineering at the University of California, Berkeley.

By using wireless neural recording devices, the scientists tracked the brain activity of bats as they freely interacted within groups and communicated with each other. They found that within each bat’s frontal cortex (a brain area known to mediate social behaviors in mammals), different sets of neurons were activated depending on which of the bats in the group vocalized.

“What these individual neurons cared about was, ‘Am I making the call? Or is somebody else making the call?’ no matter what type of vocalization it was. Other neurons were only sensitive to when one specific bat within the group was talking,” explained co-author Boaz Styr, a postdoctoral fellow in the NeuroBat Lab at UC Berkeley.

Moreover, the scientists found that the brains of different bats tended to synchronize when they socialized. This degree of correlation among the group members’ brains depended upon which bat was vocalizing, with some bats having stronger synchronization with specific individuals. These inter-brain patterns lasted for weeks, presumably representing stable social relationships among bats.

Both the intra- and inter-brain activity patterns were modulated by the social preference of individual group members: bats preferring to spend more time with others elicited stronger neural identity representation and higher levels of brain synchrony. Understanding the neural bases of why some individuals can smoothly engage in social interactions, while others are constantly misunderstood or ostracized, could have major implications for improving human mental health.