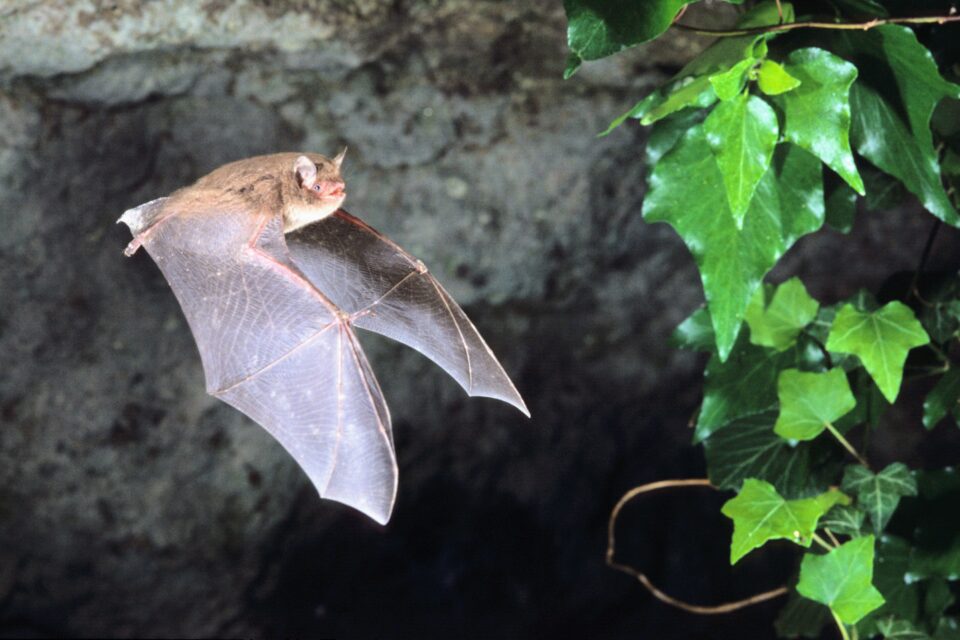 Bats are unparalleled among mammals in the range of sound frequencies they can produce. Most mammals are capable of emitting sounds that span a range of three to four octaves, but bats span a phenomenal seven octaves, equivalent to a frequency range of 1–120 kHz. This allows them to produce very diverse vocal signals, some of which are important for echolocation while hunting for flying insects, while others are used in social communication and expressing antagonism.

It has been proposed that bats make this range of sounds using specialized vocal membranes in the larynx, as well as vocal folds, which are adjacent but separate laryngeal structures. However, the functions of these structures in sound production have never been tested. In a new study led by Coen Elemans from the University of Southern Denmark, the exact way in which these structures work when air is expelled over them has been investigated, and the results are published in the journal PLOS Biology.

The researchers extracted the larynx from each of five adult Daubenton’s bats (Myotis daubentonii), and mounted them in a way that simulated their position in a live animal. They then filmed each larynx at 250,000 frames per second while applying a flow of air through it, to mimic natural vocalization. They used their results, along with machine learning to reconstruct the motion of the vocal membranes that were obscured by other structures in their experimental setup.

They found that air pressure generated self-sustaining vibrations in the vocal membranes at frequencies between 10 and 70 kHz, sufficient to produce high-frequency echolocation calls. In contrast, thick folds of membrane just above the vocal cords, called “ventricular folds,” vibrated at frequencies between 1 and 3 kHz, and are likely involved in producing the animals’ lower-frequency social calls.

The results also showed that the bat vocal membranes vibrated completely uncoupled from the vocal folds, which is different from the way in which some other animals produce low frequency sounds. In grunting pigs, snarling tigers, Tuvan throat singers and the growls of death metal singers, vibrations in the ventricular folds oscillate while coupled to the vocal folds. The researchers conclude that in bats, there is no coupling between laryngeal structures but, rather, the ventricular folds have taken on the role of producing lower frequency vibrations.

The study is the first to observe self-sustained vibrations in bat vocal structures that can generate high-pitched sounds for echolocation as well as lower sounds for social communication. The researchers propose that natural selection to produce both rapid, directional, high-frequency calls for echolocation and much lower-frequency calls for social signals has created distinct evolutionary pressures that have resulted in the development of separate vocal sub-structures with very different sound-producing purposes.

“We show that bats vibrate extremely thin and light membranes extending from their vocal folds to make their high-frequency ultrasonic calls for echolocation. To extend their limited lower vocal range, bats make aggressive calls with their ventricular folds – as in death metal growls,” wrote the study authors. “Together, the different mechanisms vastly expand the vocal range in bats and provide a rich substrate for vocal communication.”