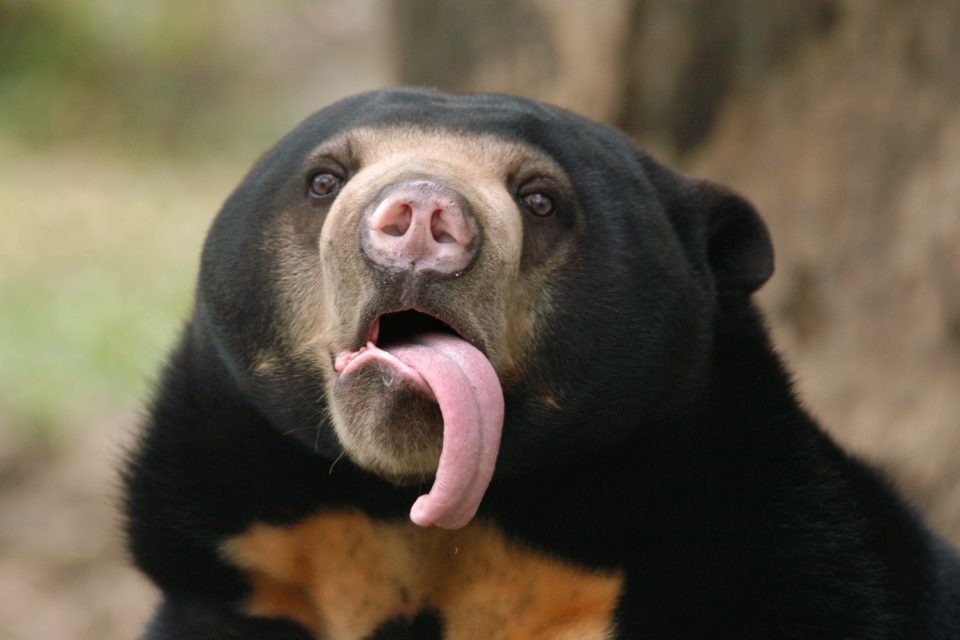 Like humans, bears communicate by copying each other’s facial expressions

New research from the University of Portsmouth shows that the endangered sun bear, the world’s smallest bear species, is able to mimic the facial expressions of its fellow bears. Researchers now wonder if primates and humans are really the superior species when it comes to this subtle form of communication.

“Mimicking the facial expressions of others in exact ways is one of the pillars of human communication,” said Dr. Marina Davila-Ross in the team’s paper, published in Scientific Reports. “Other primates and dogs are known to mimic each other, but only great apes and humans, and now sun bears, were previously known to show such complexity in their facial mimicry.”

“Because sun bears appear to have facial communication of such complexity and because they have no special evolutionary link to humans like monkeys are apes, nor are they domesticated animals like dogs, we are confident that this more advanced form of mimicry is present in various other species,” she continued. “This, however, needs to be further investigated.”

Dr. Davila-Ross, who studied sun bears for over two years alongside her colleague PhD candidate Derry Taylor at the Sun Bear Conservation Centre in Malaysia, believes that because sun bears use facial mimicry, they may be more socially sensitive in comparison to other mammals. However, as Davila-Ross and Taylor observed, wild sun bears are more solitary than community-oriented. Therefore, it’s likely that facial mimicry could simply be used to navigate within their society.

Taylor was able to code facial expressions of 22 sun bears while in social play situations. He noted two distinct expressions — one that displayed the upper incisor teeth, and one without. These expressions were most often shown and exchanged during gentle play, and therefore Taylor believes they were used as a signal to show their partner they are ready for more playtime.

“Sun bears are an elusive species in the wild and so very little is known about them. We know they live in tropical rainforests, eat almost everything, and that outside of the mating season adults have little to do with one another,” Taylor continued. “That’s what makes these results so fascinating — they are a non-social species who, when face to face, can communicate subtly and precisely.”