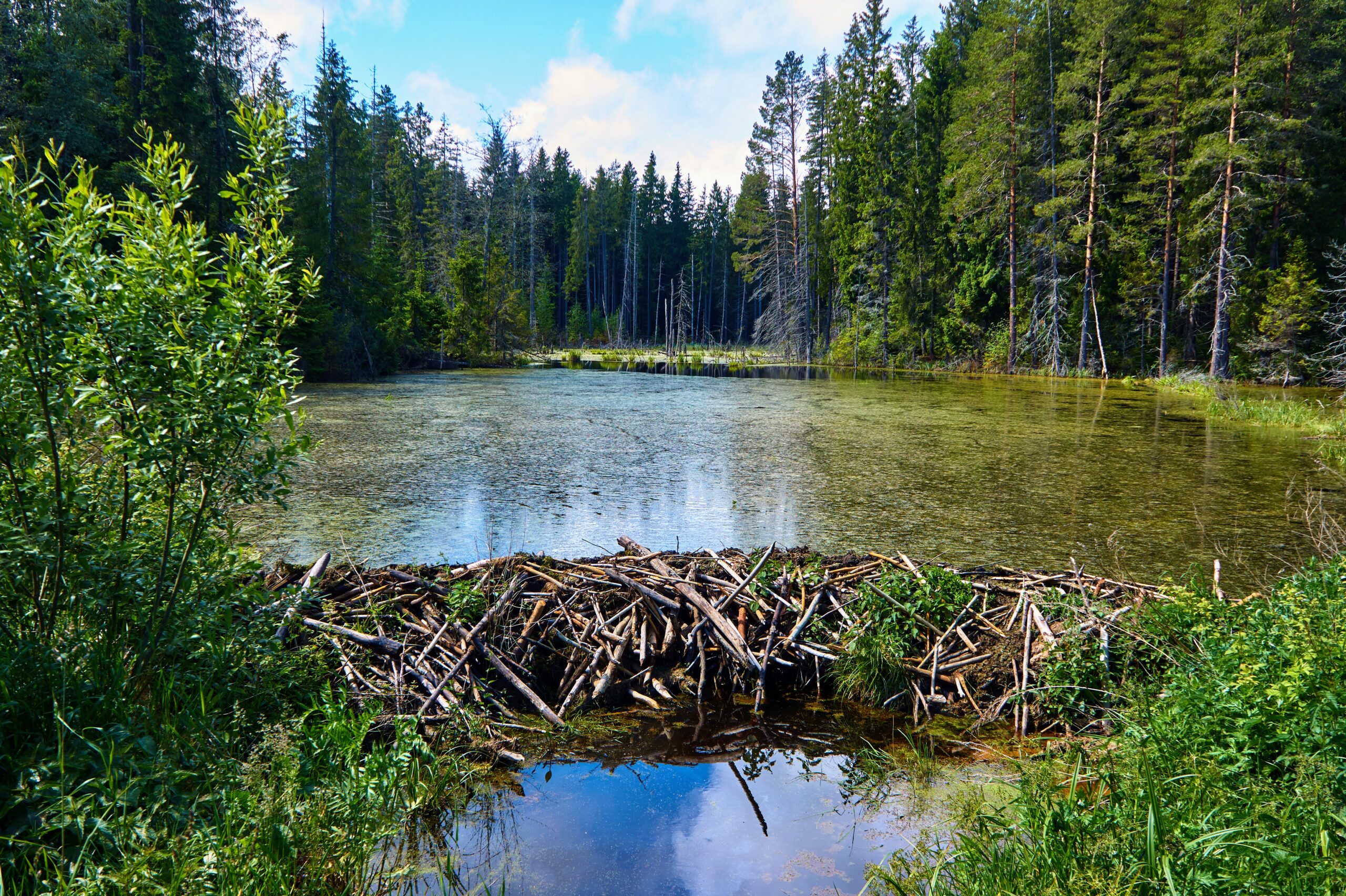 Beaver dams mitigate the effects of climate change on rivers

Beavers are famous for building dams. They do this in order to create a pond in which they can then build a lodge with an underwater entrance. The lodge is made of sticks and mud, and it is a place where beavers can stay safe and warm, raise their young, store food for winter and hide from predators such as wolves, coyotes and mountain lions. The dams modify the natural habitat such that new ecosystems are created and this provides suitable conditions for other wetland species.

In a report published in Nature Communications, a team of experts led by Stanford University have found that beaver dams can have a significant positive influence on water quality. In fact, this influence turns out to be far greater than the influence of climate-driven, seasonal extremes in precipitation. The wooden barriers raise water levels upstream, diverting water into surrounding soils and secondary waterways, collectively called a riparian zone. These zones act like filters, straining out excess nutrients and contaminants before water re-enters the main channel downstream.

“As we’re getting drier and warmer in the mountain watersheds in the American West, that should lead to water quality degradation,” said study senior author Professor Scott Fendorf. “Yet unbeknownst to us prior to this study, the outsized influence of beaver activity on water quality is a positive counter to climate change.”

The opportunity to study the effects of a beaver dam on water quality came about by chance, rather than being the result of careful planning. As a PhD student in Fendorf’s lab in 2017, lead study author Christian Dewey had started doing field work along the East River, a main tributary of the Colorado River near Crested Butte in central Colorado. Initially, Dewey had set out to track seasonal changes in hydrology, and riparian zone impacts on nutrients and contaminants in a mountainous watershed.

“Completely by luck, a beaver decided to build a dam at our study site,” said Dewey, who is now a postdoctoral scholar at Oregon State University (whose mascot, incidentally, is a beaver). “The construction of this beaver dam afforded us the opportunity to run a great natural experiment.”

The researchers analyzed data on water levels recorded hourly by sensors installed in the river and throughout the riparian area. They also collected water samples, including from below the ground’s surface, to monitor nutrient and contaminant levels. This information was then used to compare water quality along this stretch of the East River during a dry year (2018), with water quality in the following year, when water levels were unusually high. In addition, these year-long datasets were compared with measurements of water quality made during the three-month period, starting in late July 2018, when the beaver dam blocked the river.

Normally, during periods of drought, as less water flows through rivers and streams, the concentrations of contaminants and excess nutrients, such as nitrogen (in the form of nitrates), increase. These contaminants often come from fertilizers or herbicides that are used on surrounding agricultural land and enter the rivers as runoff. Major downpours and seasonal snowmelt are then needed to flush out the contaminants and restore water quality.

Beaver dams trap water in the form of a pond behind the wall. This not only slows the flow of water, but also creates a difference in pressure between the water above the dam wall and below it. The increased pressure pushes water from the dam into the surrounding soils where microbes use the contaminants, particularly nitrates, for their own metabolic needs.

Warm, dry summers following spring snowmelt also produce big level changes, which generate a pressure gradient that pushes water into surrounding soils. The larger the pressure gradient, the greater the flow of water and nitrates into soils, where microbes transform nitrate and other contaminants into innocuous substances.

In the East River, the researchers found that the increase in pressure gradient was at least 10 times greater with the dam present than it was during the summer peak without the dam. This applied in both the high-water year (2019) and the drought year (2018). In other words, the effects of the beaver dam exceeded climatic hydrological extremes – in either direction of drought or abundant snowmelt – by an order of magnitude.

While it was present, the beaver dam boosted the removal of unwanted nitrogen from the study section of the East River by a massive 44 percent over the seasonal extremes. Nitrogen is an especially pernicious problem for water quality as it promotes algal growth which, when the algae die and decompose, uses up the supply of oxygen in the water and makes the ecosystem unsuitable other aquatic organisms.

The role of beavers and their dams in filtering and cleaning water resources is likely to increase in importance as climate change produces greater variability and more extreme weather conditions.

“We would expect climate change to induce hydrological extremes and degradation of water quality during drought periods, and in this study, we’re seeing that would indeed have been true if it weren’t for this other ecological change taking place, which is the beavers, their proliferating dams, and their growing populations,” said Professor Fendorf.