Beavers are key allies in the fight against droughts • Earth.com 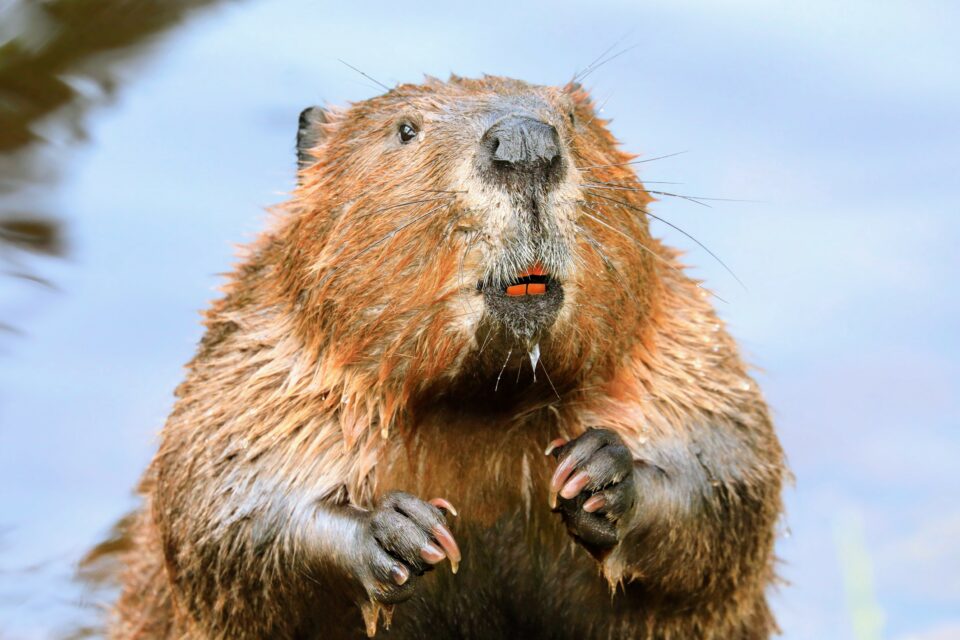 This year, the United Kingdom experienced record heatwaves and one of the worst droughts in a century, leading some counties, such as Kent or Essex, to introduce water restrictions. These included bans on hose pipes, filling paddling pools, or even washing cars.

However, in a small part of West Sussex, a highly different method of combating drought is under way. In February, a pair of Eurasian beavers were introduced to the Knepp Wildland, a pioneering rewilding project on what used to be farmland. During the recent heatwaves, the dams these animals built have kept ponds full and lands marshy, and helped lower the air and land temperatures.

“We’ve seen really amazing results just in the five months they’ve been here,” said Penny Green, a resident ecologist at Knepp Wildland. “The beavers have already made a little network of ponds from the damming that they’ve done, they’ve been chewing back some of the vegetation in the ponds and we’ve got little beaver lawns.”

“But the most interesting thing for us at the moment is that even though we’re in a huge drought year, and most of the little streams either side of the enclosure are running dry, here in the beaver pen it is the most amazing wetland oasis all around us.”

The sprawling system of ponds and channels connecting them helps branches take root and start growing again, while also attracting a huge range of wildlife, including dragonflies, damselflies, reed warblers, chiffchaffs, as well as a wide range of amphibians, insects, and bats. Moreover, the water backing up above the dams has given rise to further wetlands outside of the fenced area, where larger mammals such as deer, cows, and pigs often come to quench their thirst.

Surprisingly, the very imperfection of beavers’ dams is a key aspect in the fight against drought and biodiversity loss. “They’re providing opportunities during the summer months because they have slightly leaky dams,” explained Green. “There will be a bit of water trickling out when there perhaps wouldn’t be so much water in our landscapes during drought years like this year. So they’ll be letting a little bit of water out of these dams throughout the summer.”

Beavers’ activity has a crucial role in cooling the environment too, as deeper water with lower temperatures spills out in the surrounding landscape, and its evaporation from the large surface areas of the ponds helps cool the air itself.

As Green argues, many benefits extend well beyond the hot summer months. “Beavers create all sorts of wonderful habitats for other wildlife, but in turn they also provide lots of ecosystem services that helps us as humans. They help to alleviate flooding by holding back water especially in heavy downpour events where we get heavy rain. They are holding on to water and slowing the flow down, which is great.”

Considering these various climate benefits that beaver activity gives rise too, the UK government has finally given these resilient ecosystem engineers legal protection, forbidding people to deliberately capture, kill, and injure them, or damage their lodges and dams. In our fight against climate change, these fascinating creatures may be some of our most unexpected, yet stronger allies.